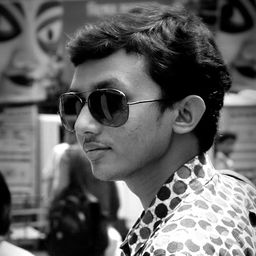 This theory propagates that government intervention policies have an important role in addressing or preventing economic recessions. It propagates the idea that the government needs to have high tax subsidies and interests with reduced attention to social programs during times of economic prosperity. Hence in the event of a downturn, the government has enough to spend to make up for the decline in investment. Consumer demand increases by low interest rates.

Demand-sided economics is a macroeconomics theory which says that output is multiplied through effective demand. Keynesian theory is a demand-sided theory which stimulates aggregate demand through government spending. This expenditure thus generates the stalled business activities which gives way to proper employment.

The theory advocates that too much saving, except for a specific purpose like schooling, actually leads the way to economic depression. John Keynes proposed this theory during the aftermath of The Great Depression(1929-1933). He voiced that following this theory the jump growth that is needed in an economy to restore it’s stability can be practically executed.

This is where Keynesian economics goes toe-to-toe with classical economics. The classical theorists believed that an economy of a nation is self-regulating and in the long run it ultimately restores itself. They propagate the idea that low level of production and jobs gives way to the lower level of inflation and wages which induces employers to invest more and employ a higher number of individuals. Thus, they felt there was no need for government interference.

However, this idea failed during the time of the Depression. Keynes was highly critical of the way the British government handled the situation with low welfare programs and raising taxes. This certainly did not make the economy return to a state of equilibrium as predicted. This theory argued that employers will not employ more people to produce/sell more goods because demand is weak as a rebuttal to the proposed “low wages pave way for full employment” scheme.

Keynesian economics does have it’s own demerits too. It takes into account the multiplier effect where change in spending affects change in income. One persons spending becomes another man’s income. Hence, an injection of government money engages business activity which involves higher number of individuals. But Keynes didn’t take into account factors such as automation which involves few manpower and misrepresented the relationship between savings, income and spending as a linear structure.

Moreover, theoretically a building economy does engage more economic activity out of demand just on the merit of low interests , but practical modern economies have had different circumstances. Switzerland has a current negative interest rate and is afraid to bump it to a zero-interest rate on account of having a higher currency. This makes the economy become more vulnerable. In the 1990s Japan faced a bump in their economy and zero rate policy failed to stimulate growth. Hence these economists tend to avoid this zero-bound problem.

Keynesian economists push for a government intervention and are at odds with the theorists who say limited intervention makes it easier for the status quo to fall in place. Classical economics says that in the long-term an economy restores on it’s own and the problem is that without effective measures in the needed direction it will take a longer time than presumed for the economy to re-stabilize and thus time becomes a cost. On the other hand, Keynesian theory provides a faster betterment of society following an economic hurdle but it has a bunch of counter problems. They further substantiate their cause by employing more effective policies like restricting supply of goods and services, changing monetary policies etc. till the economy can function beneficially.