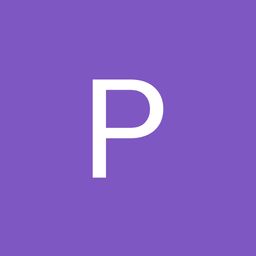 A skill defines the ability to perform a particular task. It is something that we generate on our own and something in which we become master by putting hardwork in concerned thing. Unlike talent, which is kind of skill which we can say is God gifted. Let illustrate this by an example in layman’s language- a singer does much hardwork to get melodious voice to reach the boundaries of what is meant to be achieved, and at the same time the other singer who has got melodious voice by birth and less hardwork to reach the boundaries of what is meant to be achieved. This, skill requires hardwork to reach and maintain the designation. Talent also requires hardwork but less as compare to skills to maintain the designation.
If we speak of a corporate world, what one think is needed there, a skill or talent? To get the corporate job, to get the higher designation, what do we require- a skill or talent? Similarly, what is required in cracking an interviin- a skill or talent? This is not just a debate but a practical thing which needs to be given a thought.
As we know, talent is something that don’t need a generation unlike skill. Skill and talent both are needed according to the requirements of a particular job and also depends on the type of interview. A person who is specialised in medical cannot perform the task related to IT sector just because he/she has talent of managing computer applications, there is more than that in this which covers in having skill of that work. Again, a dancer can sing but not perfectly with all the harmonies required in singing. There is more than knowing, copying and singing the song in singing. Also here is exceptional and rare cases in which a person knows both but not everytime. According to many observations, an interview requires a skill more than talent. Since talent regarding to a specific work which the job might not needed but having skill regarding that work makes it easier to crack an interview. It is rare that a person have both skill and talent concerning the work.
So, we have come to the conclusion that there is requirement of skill more than talent in cracking interview. We don’t know what question and practical thing will be asked to perform in interview. Just because we can do a particular task externally knowing nothing about its depth, doesn’t mean we are master in that there is a lot to know about that term(ignoring exception cases). Since the right skill and right talent for the right work is needed everytime keeping all its boon and bane or pros and cons in mind.

5 Mistakes People Do During Interview

How To Nail Your First Interview!!!!

Why Should I Hire You?

How To Improve Your Communication Skills?