We Have Indian Body But European Psyche And Soul 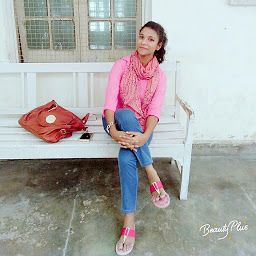 It is true the we have Indian body and European psyche and soul.Indians are so much influenced by the Western Culture that by birth we are Indians and possess an Indian Body but we think and behave like Europeans. We have a mindset of copying their style and culture to become famous. Our psychology have been changed and we are more driven towards the European Culture.

We consider a matter of pride to use the goods that have been manufactured abroad. We consider the education and lifestyle of theirs much better than ours and some of us leave our own country to settle down there only. We don't take pride in being an Indian and that is what doesn't keep us grounded to our mother country. We talk about flaws of India but why don't we take pride in our own culture ,religious ,beauty etc.

A classic example wouled be We don't like to talk in Hindi languge it is very important to know english.Yes this is fact English is important but if you have Hindi as mother language there is no matter of shame to talk in Hindi. The young peeps like to talk in English as they think that it will make them superior over others . And if someone don't know English they always try to neglect such people or thought that they are primitive not modern which is totally wrong.It is not always necessary the person talking in Hindi doesn't know English , he/she knows but the thing is always talk in that language in which you are comfortable not others.

Another example i can quote is wearing of damage jeans. Really is it a style? I don't think so though it is totally my perception many of you will not agree with me so don't get offended. But still wearing damage jeans is not style, it shows that you dont have dresses or you have ruined your dressing sense. Sorry to say but it is just as similar as that of the beggars on the road who don't have clothes to wear so they have to wear that torn clothes.But you all are not in that category I think so... Wearing simple jeans is also a good option if you want to maintain your style..

There are certain things in India which we think outdated so we should try to change instead of hating our own culture all the time.Our thinking, living and travelling habits are becoming more like Europeans. Thus we need to understand that possessing the psyche and soul of European culture is good to some extent but not always because we have our own great culture which has value in outside the country and country like India is known for its diversity and culture..

My Clothing! None Of Your Business

How To Be Fluent In English?