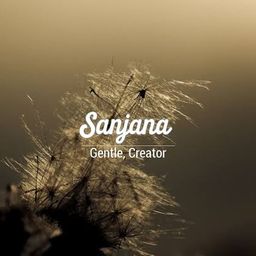 Hampi, a town in Karnataka which is practically in ruins now. It contains the belongings of the most flourished medieval Hindu kingdom, Vijaynagar. It has several tourist attractions including sculptures and monuments. The art and craftsmanship was inspired by the Hindu culture and hence has an essence of Hinduism. It was declared as a World Heritage site due to its historic aura. It also attracts many travellers all over the globe to showcase its splendid work of art and also the ruins provide immense historical knowledge.

Now that we did a little background check, let us see what are the sites for tourist attraction. Well, let’s entire city can be broadly categorised into two areas. One being the Hampi Bazaar and the other the Royal Centre near Kamalapuram.

Let’s talk about the Hampi Bazaar first. Here is located the evergreen Virupaksha temple. It was built in the 15th century and was dedicated to Lord Virupaksha, a form of Lord Shiva. The temple is huge, as it stands tall of about 50 metres from the ground. The Hampi Bazaar also locates the 16th century Vittal temple. It is an attraction of the World Heritage as it provides a cognizance to the brilliant craftsmanship of the Vijaynagar artisans. There is also a fun fact about this temple. It is said to have musical pillars. This means that the outer walls of the temple ooze out music when tapped. There are also other sites to visit like the fossilised statue of Lord Ganesha, the Krishna temple and the Kodandarama temple.

Now, moving on to the Royal Centre we have the Lotus Mahal. It is an amalgamation of Indo-Islamic art and gets its name from the arches carved in the shape of a lotus. The Lotus Mahal has a ravelled pavilion which is enclosed by walls known as the Zenana Enclosure. This is adjacent to the house of royal elephants, known as the Elephants Quarter. The other attractions will be the Queen’s bath and the underground Virupaksha temple. If you are someone who wants to visit this place to acquire knowledge, then there is something for you too. The Archaeological Museum contains sculptures and artefacts belonging to the Vijaynagar empire.

There are several fairs and festivals to keep you interested. Because honestly, one might get bored exploring too much history. The festivals include the Virupaksha Car festival, which is a religious festival celebrated with great pomp and show. Millions of devotees gather here to visualise the Gods and Goddesses who are driven on the temple chariot along the roads of Hampi Bazaar. This festival is celebrated in the months of March and April. So if you are also a devotee don’t miss it.

Another famous festival is the Purandara festival. This is celebrated as a birth anniversary of the medieval poet Purandara. This is organised in the month of January and February in the Vittal temple.

Now that we have seen all the historic importance, tourist attractions and all the reasons as in why you should visit this place, let us talk about when you should visit this place. The best time to visit is from October to April. During this time span, you will be able to enjoy all the festivals and also indulge yourself in the historic ambience.

A thing to note is that Hampi does not have its own railway station. So if you want to visit this place you will have to get down at Hospet, which is the nearest railway station of about 13 kilometres away. I would recommend travelling by road as it is easier and hassle-free. Hampi has its own bus station and you can avail all transportation facilities from this place.

Hope you enjoyed this article and be sure to plan your visit as soon as possible. You would not want to miss out on any fun provided by this ethnic and remarkable town.