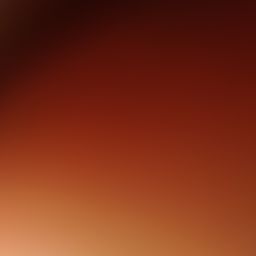 Marriage is legally accepted relationship between two people in which they live together.

" Marriage is a marriage-love or arranged. Both require the same level of commitment ".

Marriage is all about love, trust, commitment, care, respect towards each other.

In love marriage people choose their partners on their own before their marriage. While in arranged marriage individuals are believe on their parents choice that they will choose the most suitable person for him/her.

WHY LOVE MARRIAGE HAS BECOME SO POPULAR?

.One of the most significant advantages is the freedom. In love marriage both the partners have the freedom to choose his/her own partner according to their wish.Compatibility is the need of every relationship. In the love marriage spouse know each other very well. They must be very well aware with the interest or disinterest of their spouses. Every relationship starts from the love. It's called love marriage because partners love each other before the marriage which is the root of every relationship. In the love marriage, it offers better understanding between the couples. Because they have spent years together, the couples must be aware with the likes, dislikes of their partners which is a must in relationship. . In love marriage , there are greater chances of being the successful compared to the arranged marriage as it begin with a mutual feeling of love and attraction. The couples know their partners very well and thus they are the only one who can understand their partners very well. Love marriage couples enjoy their fully according to their own wish. They don't need to worry about the society that what will society say when they will talk to each other on phones before the marriage.

"THE ONLY HAPPY MARRIAGE I KNOW ARE ARRANGED ONES. "

In arranged marriage people get the support of their parents and family. When love marriage came to an end at that time you have back of your family. Family will always be there to sort out the differences. .Parents and families will shortlist many options before your marriage and will ask you for your consent and they will choose the best partner for you in every aspect. .In love marriage people used to get married because of their partners good looks. But with the time when your partners will getting old then your love must be fade away for him. But in arrange marriage you will get married with him/her after examining every aspect not only his/her looks. .In the arranged marriage, parents want them to get married in the same culture because they are very well aware with society, they know that in future their child will have to face problems because of different cultures and languages. The arranged marriage system creates a sense of dependency among the children and the family members on both sides. The system ensures that parents are taken care of when they are old. Just remember that all of us eventually get old and we may need our children as well as other relatives down the line.

OBSTACLES IN THE LOVE MARRIAGE:

In love marriage there are chances that your love must be fade away with time to time. Maybe you will get to know that it was just your attraction towards each other.In love marriages couples would never think about their families like they hadn't thought about the families before taking a marriage decision. They will always think about themselves. . In love marriage couples won't get their family support, because they hadn't take permission before getting into a relationship the same as family won't interrupt in their after marriage issues. They leave everthy on the couples.

DIFFICULTIES OF THE ARRANGED MARRIAGE:

It might be possible that you will not like his/her habits after marriage so it might bring some conflicts between your relationship. In an arranged marriage system couples won't get sufficient time to know each other so it may happen that some difference will intact in their marriage for some time. .It is very difficult to spend their whole life with a stranger, because in an Indian wedding couples would only get 2-3 months to know each other and that will never happen only on phone calls.

This data has shown that there are chances to end up the love marriage after some years of marriage because it might be possible that they can lose interest in their marriage.

But we are not saying arranged marriages are good or bad.. But after all the discussion it is concluded that marriage is all about love, care, mutual respect, trust for ech other.

Marriage Is Not Destination.