Sometimes Its Better To Give Up 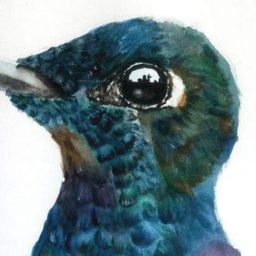 Albert Einstein who went through hundreds of failed experiments before coming up with the revolutionary ideas that have since changed the face of science.

The entire industrial age owes its existence to the light bulb which would not have existed without the perseverance of Thomas Edison and his team.

More recently you would have heard the story of JK Rowling whose manuscript was rejected so many times that she was pushed into poverty. She didn’t give up and is now a millionaire with that very same manuscript.

The moral of the story should be to never give up, right?

The Problem with Persistence

According to researchers Carsten Wrosch and Gregory Miller, who spent well over a decade investigating the effects of persistence versus giving up, giving up is sometimes better. According to them doggedly pursuing a goal can sometimes backfire.

Technically referred to as “goal disengagement,” it turns out that giving up can sometimes be a healthier alternative. Although researchers still aren’t certain exactly why goal disengagement can sometimes be beneficial, one likely possibility is that it frees people to pursue other, previously overlooked goals. If we spend all our energy on goals that have outlived their usefulness, we're missing out on opportunities to do other, more meaningful things.

Every one faces trade off. You often face a choice, sometimes when you make the choice to pursue something you give up something else. When you give up a goal you may find something that is worth more of your time and energy.

What is important to know is not whether you should always give up when things get difficult or never give up but when you need to give up and when you shouldn’t.

How to Decide Whether or Not to Give Up

Do You Have an Obviously Better Opportunity?

“When God closes a door, he opens a window” Sometimes you need to shut that door yourself to open the window

There are times when you should give up to get a better option. For instance, Mark Zuckerberg giving up on college to continue creating Facebook or Steve Jobs who also dropped out of college to follow his passion. These men obviously did the right thing by giving up college in order to pursue their dream and have succeeded. However, staying in college might have been the better option for you.

Is the goal unattainable?

We dream big and sometimes our dreams our so big that we get crushed underneath the weight of it. The goals that we have decided on may burden us so much that we get depressed when we don’t attain them. In our depression we may give up on our lives instead of re-evaluating our goals. There are so many stories of people who have unattainable goals and people who loose out on so much trying to achieve these goals. In cases such as these it would be better to either alter your goals to suit you more or have a deadline after which to give up.

Would Your Future Self Feel Regret or Relief?

This question is hard to answer but basically boils down to is it worth it? If you stopped doing this today would you regret it tomorrow or would you be happier. Since it’s a complex topic lets look at a simple example, you enter a movie theater, and find that the movie you’ve paid to watch is really bad. Do you leave the movie or do you stay? Most people choose to stay but your money has already been spent so why waste your time. You most likely wouldn’t regret not watching the movie so you could just leave the movie theater

Do you need to just Take a Break?

Sometimes we just need to take a break, not give up. For instance, your work is extremely hectic and you are feeling overwhelmed. This might be during finals when you want to just give up studying or during a hectic work project you want to just leave the job. In these situations, it is better to take a break and then come back to the task.

Ultimately you need to check all the risks and rewards and see if the goal or task is worth it to you. If it isn’t you should just give up

Ways To Be More Efficient In Life

4 Ways To Set A Goal