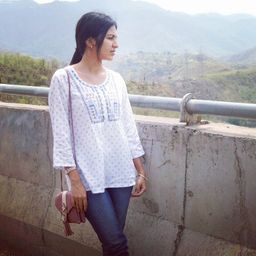 When I state that "Being a woman is not easy", don't assume it as " Being a man is quite easier".
As much as I relish being a woman, but I don't think being a woman is effortless but many people from the opposite gender comprehend it as a trump card.

Being a woman is a gift presents to you in the form of many privileges with "Conditions Apply". Here I am not specifically talking about the biological differences between male and female.

There always be someone taking care of her, pampering her whether this person might be her father, brother, mother, friends, spouse or boyfriend. She doesn't need to carry heavy luggage, she need not have to go to buy groceries if the market is far away. A girl is always kept like a precious entity warped in cotton wool to safeguard from the surrounding.

Whenever she goes out, she is bombarded with numerous instructions since childhood. She had been listening since childhood that " protect yourself from strangers especially from men."

Every day a woman faces one of the below situations:-
1. If a woman is successful, people will directly relate her success and growth with her looks.
2. Constant stare from society when you walk down the lane and she'll start adjusting her dress.
3. The fear of uploading pictures on social media.
4. The constant fear of taking public transport especially when it is crowded.
5. The sustained anxiety of trusting someone.
6. The persistent shakes she feels when she is into a relationship.

Ask a girl around you she'll let you know how many times she had been instructed to keep herself safe. That constant instructions lead her to see the world in a different manner.

I appreciate and feel pleasure when my loved ones take care of me, protect me and be my saviour in difficult situations. I accept the fact that I am not physically as strong as men in some aspects. I accept that men do wonderful jobs in some fields. I am not foolish enough to say that "WOMEN ARE EQUAL TO MEN", it is impossible but, both genders are vital for the development of mankind and betterment of society.

P.S- From the next time whenever you find a girl with trust issues, a girl standing in a queue for a ticket, an anonymous girl you met while travelling, don't judge her if she is too quiet or looks stone hearted because since childhood she has been shown a different world which is not good as yours.