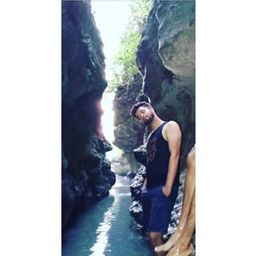 How blissfully ignorant is mankind, devouring everything around them and reason it with passion and success; there is a colossal being among mankind-Men, mightiest being to ever walk this earth or at least they would like to think so.

For how it has been and for how it will be, ‘Men shall bear with pain’ was the dictum I was raised with but little did I know that soon I will develop a conscience. “Could you not cry like a girl?”, was the first time I was introduced to rhetoric so convincingly enough I hid the agony and walked the path of men, succumbing to idealism of men. Because I had inherited genes of my father, I was a well structured even during teenage and using that my ignorant self-became the victim of idealism of men. It was the common notion that bullies were popular, they were the demi-gods and without thinking twice I became one; funny, how lack of conscience can make you abuse someone just for something that is biologically inherited. My journey to that path prevailed and I found myself sitting on the back seat listening to friend’s conquest over two woman who were in love with him; manhood among my peers was gleaming with pride. They objectified woman on the basis of their color and proportions of their body, I was being enveloped into a world where woman are an object and men are the heroes of tomorrow. As a child of tomorrow, I embraced it.

One fine day, a girl was sobbing on other end of the call; begging me not to let go of her, devoured by lust and blinded by the morals of men I treated her merely as an object. As Karma will have it, I heard a dry scream that night; nostalgia crept inside me because it was very familiar voice-mother and I ran towards the room. Fate had given it back because it was my mother who was being treated as an object by figure that resembled me; horror was so overwhelming that I couldn’t recognize my father in the shadows, showing the power of almighty men. It was then that every fiber of my being was discarding the idealism of men as fallacy. It was then I thought maybe I am not man enough, so I rose shedding the cape of men defending my mother with the actions that were not in the bible of men. The world of men saw me as an abomination. I was braced with the fact that it doesn’t matter if the world falls apart, I shall not cry so I hid, buried and captured the rebel that I was going to be but little did I know that this was not a rebellion; it was war.

When dawn came upon the horror and silence was omnipresent, I went to my room and I shrieked. The world of men was slipping away as the boy who was told not cry like a little girl was sobbing after seeing her mother in a compromising situation. Epiphanies had me and in that one moment I realized that how beautiful it is to know the art of letting it all go, to cry till your eyes dry out for something that has been forsaken by the world and forsaken by you, yourself. Maybe that little boy wanted to cry and scream, tell the world how it felt but society of men; idealism of men took that from him and if it makes you look weak then maybe, maybe I am not man enough.

I never could understand why your false manhood can cultivate thoughts in your inane brain that it’s okay to call them names and portray their body as thing that you desire, a conquest to boast in the name of patriarchy, if that is what it is supposed to be man, then maybe, maybe I am not man enough.

I introspect to all the times I wanted to scream, bullied people whom I didn’t want to, broke something in a woman and to all the crimes I committed in the name of being an egoistic, self-centered man; I call out to me, to shed this manhood and render the definition of men as false; I call out to me to say this that if this is what it is to be a man then maybe I am not man enough.