Never Too Old For Cartoons 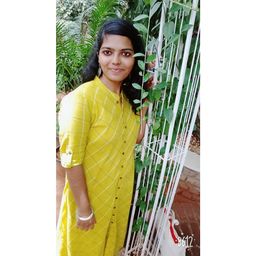 However old you become you will still love certain TV shows and what are they?

Yes, cartoons have been a part of our childhood. From Tom and Jerry to Jackie Chan, Pokemon to Doraemon, Nobita to Chinchan we grow up with these characters. Some of us still watch cartoon. It's not wrong to watch because such programmes don't inculcate violence. They are a stress buster in this hectic world where we run around to meet deadlines.

The cat and mouse show is an all-time favourite. How many ever times you watch it you won't get bored.

Characters like Oswald, tweety, Popeye, Noddy, Scooby Doo can never be neglected. Dolls and teddy bear come with Cartoon characters and children love such ones. Nowadays you even get cartoon printed Tshirts.

One incident in every child's life would be having a birthday cake with your favourite cartoon character.

Even our favourite dress would be to wear that Tshirt with cartoon on it, get dressed up like a Barbie doll or snow-white or Cinderella.

Thanks to Walt Disney we could enjoy such cartoons. From there cartoon in TV transformed into characters on the big screen like Toy Story, Finding Nemo etc.,

Each cartoon character teaches us some attribute. While you just watch it as a fictional character you will enjoy the time and laugh your tummies out. But when you keenly observe you will learn morals like to help a person in need, learn to speak politely and many more. So next time you scold children for sitting hooked up in front of the TV for hours remind yourself the child is actually learning something good than watching movies which portray hatred and violence or serials which show family drama.

Sit in front of the TV and watch cartoon,You will be fine-tuned.

While boys were fond of power rangers and Marvel characters girls liked Dora, power puff girls. Whenever a new cartoon was aired alongside stores sold dolls and miniatures of every character. Sometimes even free gifts were given with few child products. This interested the kids and they wanted to buy the products just for the sake of cartoon gifts. Parents to escape from the pester of their children would give into buying those products.

Never let the child in you fade away.