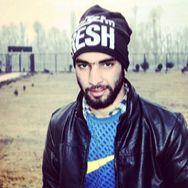 The turmoil uprooting in the North-East, gradually came down to the heart of the country. The outrage evoked from the North-East losing it's ethnicity, burned down to a single minority being outcaste.

CAA NRC garnered ambiguous response from a majority of Indian citizens and is still causing an absolute ruckus in the entire nation. The historic outrage, protests, attacks and demonstrations asserted that the Indian youth was not taking any of BJP's extremist policies under the cloak of white politics. Protestors and non-protestors were treated with the same brutalism and the Delhi Police was seen siding with the anti-national elements often. The Jamia attack, which is doubted to be an attempt by the Centre to suppress the outrage, sparked colossal and unanimous demur from the youth alike. For the first time in 60 years did the country stand together for a cause that evidently discriminated the Indian Muslim minority.

Here's a report by ETV Bharat News on how the CAA built and destroyed the nativity, ethnicity and faith of Indian citizens.

The anger and indignation of the North-East were subsequently buried under the protests of the nation. We forgot that the Northeastern states were the worst affected due to this unjust bill. The ethnicity of their land being lost was their one and only cause. Their only demand was to stop immigration altogether, to save their motherland and her identity.

The bill brought up an agitated output from the public, alike. BJP tried to pass the CAA NRC bill as a diplomatic decision; portraying their policy as a means to protect the rights of the Indian natives or minorities of other countries, namely 'Hindu, Sikh, Parsi, Jain and Buddhist', by conveniently discarding the Muslim minority of the country.

The matter was disclosed and turned communal when the people actually affected by the law emerged out to be unhappy with bias towards every community. The 'mainland' natives appealed the halting of immigration altogether, however the rest of the country is fighting on communal grounds.

The 'citizenship' act ironically discriminates among the citizens of India and stands against the fundamental rights allotted by the Indian Constitution.

The divide and rule policy with an added crunch of Hindutva is what tops BJP's manifesto this year. The inclusion of Nativism under the impression of rightful citizenship has irked the minds of today and will design tomorrow's India.

Why Is “Social Distancing” A Wrong Term?