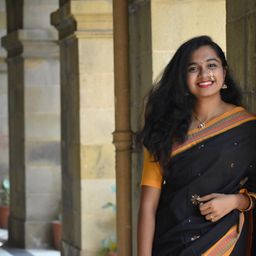 While we are already facing the #murderofmerit against those who are doctors-to-be, we are now looking at doctors attacked by the same society they are working to save. However, this isn’t a new development. Attacks on medical healthcare professionals have been going on for decades but were simply ignored. The horrendous attacks on the interns and doctors at Nil Ratan Sircar Medical College and Hospital, Kolkata was simply an eye opener to the people of our country about the sorry state of our doctors’ safety.

The situation for future doctors in this country is dire. News like this makes medical aspirants think if they are making the right choice? Do these people deserve to be saved or do they need help? But that is a different area of discussion altogether.

No one should be scared for their own life in their field of work. A workplace is meant to be a place where a person can do their job with a sense of safety and security. It’s known that defence personnel in our country, be it the people who protect our borders or the police who protect us from within, lose their lives in their line of duty. That is their job! Their job is to protect our lives and they are trained to accept the possibility that it may happen at the cost of their own. Doctors are not meant to lose their life while trying to save someone else, unless they belong to the armed forces. This is implying that every person trying to earn is meant to lose his life while working. Is our country in such a bad shape?

Doctors prioritize us over their family, their friends, their personal life. They've lost countless nights of sleep and worked hard to ensure that we get the best medical treatment. I have doctors in my family who haven’t been able to attend family functions, the reason solely being that they had patients who needed them more than their own family did.

Doctors are our saviours. However, they are not God. They do not have the power to bring the dead back to life. Losing a loved one because they were unable to be treated definitely causes us pain, however why don’t we try and ask the doctor treating the patient how they felt? Have people actually ever thought of the sense of despair a doctor feels every time they are unable to bring back the person who died right before their eyes? One might think it is something they see regularly, they get used to it, but no. One can never get used to death and doctors are forced to see it every day. Doctors are human, just like us. They too feel the pain and failure of not being able to save a life. They too feel the pain of telling the family that they couldn’t save a loved one, that they failed at doing their job even if there was nothing that could have been done. They are not robots, they are humans and they feel, and yet they get back on their feet and move on to save another life.

Doctors deserve so much more than to constantly fear of their life and safety. They deserve to be able to work in an environment that allows them to focus on providing the best health care. Have we ever identified who these people are? Are they economically backward, educationally lost or are they relatives of politicians just trying to prove their clout? Do they react out of love or out of pure fear of something else, of someone else? Are we legally incapable of providing protection or are the punishments not severe enough to deter them? We need to address this issue using the new “Saam-Daam-Dand-Bhed” i.e. legally, educationally, socially and politically. Or, we just start with politics first.

Doctors deserve our protection. Next time, when you go to them, thank them for all they’ve done. For all you know, you wouldn’t have been born if it weren’t for the doctor in your mother’s room. As citizens, take a pledge to protect them, to honour them, and respect them. Save our saviours.

The Changing Era Of Doctor’S Life