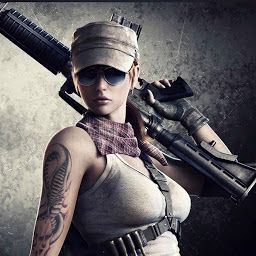 Does Love really depends on efforts ?

A girl with a cup of hot coffee is waiting for it to get cold. A guy who loves her a lot will fan the cup a million times so that the temperature goes down. He might go to places in search of ice or any alternative.

Then Suddenly , another guy passes by with ice cubes . The girl stops him gets the ice and goes on with that ice guy. The ICE-Man always gets the girl in any story.

The girl wants her coffee cold, she creates a demand, rather say, she generates expectations and the Fools try to live up to that expectation.

The guy who loves her a lot will do almost anything just to live up to her expectations. He will give away his everything just to fulfill that.

The guy who was passing by with the ice doesn't give a f**k to whom he is giving the ice to. He was probably taking the ice to pour into his own drink. He doesn't even know the girl. But he has that thing at that exact moment that can get girls. Take away that and what can he offer?

But the girl appreciates the 2nd guy more; just because he is giving that little effort which he has.

There's an old saying :- "Never chase the cat, Get something which the cat wants and it will coming running to you".

SO THE QUESTION IS DOES LOVE REALLY DEPENDS UPON EFFORTS?

I mean it isn't even a question, it is a self proven statement on it's own. NO Love doesn't depend on efforts, I mean how can it even be !! If efforts were all it took to grab the heart of a girl, then there wouldn't be breakups, cheats, insecurities, misunderstandings, attitude, ego, self obsession & lots n lots of crying. The universe can't function like that. The good can never exist without the bad. If everything falls into order, there will be no drama, no chaos, no insensible talks, no illogical arguments; I mean how can that be possible. There will be no entertainment in life Right !!

But then again, KARMA is a bitch and she is inevitable.

The girl with the coffee goes with the one having ice. As soon as the coffee is over and the ice is finished, there is nothing to hold them together anymore coz afterall there were no efforts, no love or liking, it was just a spark ! a FLING !!. They walk down different paths and we get what we call Breakup. They both sulk about what happened in the heat of the moment and the cycle repeats again.

The 1st guy who gave his all, gets a lesson and never puts efforts again coz he is afraid to break again. He then becomes the guy with the ice. And the cycle repeats again with some other girl and that's how the universe goes on with the same history repeating itself over n over again.

I mean What if.... just for once someone breaks the cycle?

The girls accepts the 1st guy and appreciates his efforts.

What if .... the guy carrying the ice denies even the thought of giving the ice?

What if .... the 1st guy instead of living upto her expectations, raises his own standards ?

and just many more. ....... they were succesful coz there were efforts ,compromises, hard times, trust, understanding and not just any random flings and shit.