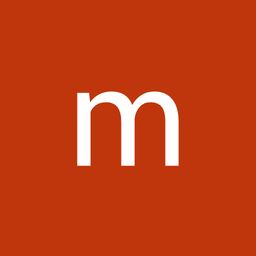 Purpose & Meaning of the Dream Catcher. Sometimes referred to as "Sacred Hoops," Ojibwe dreamcatchers were traditionally used as talismans to protect sleeping people, usually children, from bad dreams and nightmares. ... Good dreams pass through and gently slide down the feathers to comfort the sleeper below.Today the dreamcatcher is associated with Native American culture in general, but dream catchers are often believed to have originated from the Ojibwa Chippewa tribe in particular. The Lakota tribe also has its ownlegend about the origin of the dreamcatcher, but most ethnographers believe the dreamcatchers were passed down from the Ojibwe through intermarriage and trade. The Ojibwe word for dreamcatcher asabikeshiinh actually means "spider," referring to the web woven to loosely cover the hoop. The patterns of the dream catcher are similar to the webbing these Native Americans also used for making snowshoes.

Ancient legends about the history and origin of the dreamcatcher exist among several Native American tribes, but chiefly through the Ojibwe and Lakota nations. While many cultures find spiders to be creepy crawlers, the Ojibwe people found them to be a symbol of protection and comfort. According to the Ojibwa story, a mystical and maternal "Spider Woman" served as the spiritual protector for the tribe, especially for young children, kids and babies. As the Ojibwe people continued to grow and spread out across the land, The Spider Woman found it difficult to continue to protect and watch over all the members of the tribe as they migrated farther and farther away. This is why she created the first dreamcatcher. Following her example, mothers and grandmothers would recreate maternal keep sake as a means of mystically protecting their children and families from afar.

What do dream catchers do? Purpose & Meaning of the Dream Catcher

Sometimes referred to as "Sacred Hoops," Ojibwe dreamcatchers were traditionally used as talismans to protect sleeping people, usually children, from bad dreams and nightmares. Native Americans believe that the night air is filled with dreams, both good and bad. When hung above the bed in a place where the morning sunlight can hit it, the dream catcher attracts and catches all sorts of dreams and thoughts into its webs. Good dreams pass through and gently slide down the feathers to comfort the sleeper below. Bad dreams, however, are caught up in its protective net and destroyed, burned up in the light of day.

The Ojibwa (Chippewa) believe that night is full of both good and bad dreams. When a dream catcher is hung above the place where you sleep it moves freely in the night air and catches the dreams as they drift by. The good dreams, knowing their way, pass through the opening in the center of the webbing while the bad dreams, not knowing the way, are caught in the webbing and destroyed at the first light of the morning sun.

There are many variants to the dream catcher legend, some which say both the good and bad dreams are captured and some which say the good dreams slide down the feather to those sleeping below. Although the Ojibwa are credited as the first people to use Dream Catchers many other Tribes and Native peoples have adopted Dream Catchers into their culture. Even though the designs and legends of Dream Catchers differ slightly, the underlying meaning and symbolism is universal and is carried across cultures and language barriers.

What Are Recurring Dreams Telling Us