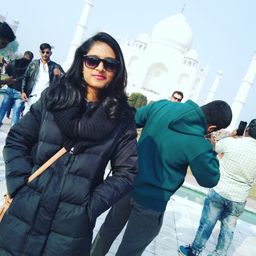 Why it is a weeping birthday?, Because it is the first birthday of her made us pray for her rather than wishing her.

Once a princess landed the Earth on June 15, 1998. Since she was born in a Muslim Religion, all her dreams and talent were dumped inside the four walls. Even though they were rich, they don't want her to continue her higher studies after schooling. She wanted to explore things and so worked so hard to get high marks in board exams. This is one side of her.

On the other side it was ultimately opposite. She was such a cute soul loved by almost everyone. Such a kindhearted person and also a honest girl. Inspite of getting scoldings from her grandma for everything she do, she was so happy with her friends in school. Never failed to be honest, A very talented girl.

Worried a lot about those alliance talks at home but also concentrated more on studies as it was her main intrest too. She worked so hard and as a result she secured the first place on the school toppers list on both the board exams. Finally after a long fight with her family, she was permitted to do her Bachelor's degree.

Finally graduated in B.Sc. physics as she wished. Also, got married to a guy on February 7, 2019,as her parents wished. Confused?, Why such a plain story?. This is not going to end with this happiness.

All the cuteness overload within a single soul. With all her dreams, goals, thoughts, she got married. But, Her happiness lasted only 7 days. Yes, The young couple met with an accident and lost their lives. Everyone got schoked by that news. It was unbelievable, that was happend.

Such a Good, Talented, Beautiful soul lost her life and my friend is no more. What happend to her was non-tolerative.

"your sudden death has touched our lives and hearts dear.

The way you have impressed us touched us even more".

Birthdays Are Getting Sadder Every Year