Thoughts, Perception & Imagination: A Round Tour 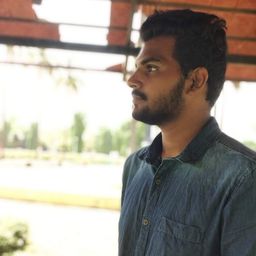 Imagine a life without thoughts. A life with complete absence of imagination sneaking around your life every now and then. It is highly impractical and a flawed theory. But, let us try to imagine the possibility of us being immune to thoughts. It is like losing a constant companion who never ceases intimidating. Imagine you are totally unaware of languages and you do not speak any language. How could you possibly think, if that is the case? Giving a thought about this itself is thinking. However, it is possible to express feelings and experiences without language, except some would say otherwise. Similarly, visual thinking is possible. Visual thinking is nothing but collection of pictures or images of your experiences or thoughts. The pictures alone are capable of conveying a story without uttering a word. But language lets you define your story. The purpose, message, narrative and perspective of the story would not be understood if it isn’t for language. Now, imagining the sheer contradictions of what you have read until now, let me try to convey the relation between thoughts and language. Language bridges the gap between thoughts and narrative. On the contrary, imagination helps you see the perspective of the story being conveyed.

“Whether you think you can, or you think you can’t, you’re right.” A mind-bending quote from Henry Ford to begin with. So, what does it mean? It simply says that whatever we think we can do and cannot do; it is just in our boundary and limitation. It merely labels the endless possibilities of what we can grasp by our thought process. We are our own limitation and setback to what we are capable of thinking. The penultimate way of amelioration is known to be bringing out change in our thoughts, but it is as simple as giving a thought about what we think.

It is true that seeing isn’t actually believing. A human is born with blank mind ready to be written over by surroundings. Thus, perception comes into picture. It is something that is seen and also analysed with intellect. What you see might not always be true and what is considered as an act of perception might never be true but only in certain cases. The only wrong perception is not to have multiple perspectives.

Imagination has the power to take you places that you have never been before. The infamous ability of human mind to imagine, opens a doorway of infinite activities. The important aspect about imagination is that it requires both perception and thoughts. What is thought, is perceived. And what is perceived is imagined. It is all about how you represent your imagination to yourself.

The Tyranny of Evolution

Evolution is a prorogued process. It is always flourishing upon human mind and it is responsible for the mind’s subtlety. Earliest entry to this table is the ability to think, succeeded by perception and ultimately the power of imagination. When the items in the table of evolution are mixed proportionately, the outcome is fruitful and untainted. This is yet another doorway to evolution. Once the human mind infallibly masters this art, it is then again, a routine and the mind seek improvement leading to evolution.

This is all nothing but a feedback loop from where it all began. Whatever you have been thinking until now might not be what you have perceived and might not be what you have imagined, or it might completely be the right scenario. This is the ability of human mind to grasp everything that is in its way and adapt to it. Identifying and understanding the right and positive thoughts is the key to have precise perception and imagination.

How About Exploring Oursleves A Bit ?

8 Steps Of Learning A Language