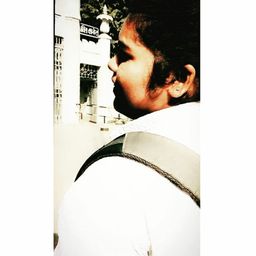 Bihar was known for its scholars, visionaries and contribution to the Independence movement. However, things changed after India became free, and later governments could not streamline the education system there. After the enforcement of the Right to Education Act (RTE Act, 2009), various central governments took steps to strengthen the elementary education system in India. But, in Bihar, the ratio of primary, high and senior secondary schools lagged at 13:3:1. This means that for every 13 primary schools, there are three high schools and only one senior secondary school.

On top of that there was inadequate educational infrastructure, especially at the high and senior secondary school levels. Over a period of time, this problem was aggravated by an exponential increase in the population in Bihar.

The result is that students who can afford education outside the state have been migrating to higher education hubs like Kota, Delhi, Karnataka and Pune. Students from economically weaker sections, who cannot afford to study outside the state, have surrendered to the circumstances there.

Education in the state has fallen into the hands of a few opportunists who have no value and respect for it. This has led to the birth of another class known as the education mafia, leading to many ills such as fake degrees, mass copying, appointment of inefficient teachers, schools getting affiliations without fulfilling the conditions and upgrading of government primary and high schools without creating additional infrastructure. All this culminated in the now infamous topper scam of 2016.

Such is the sorry state of education in Bihar that the government has not opened even a single intermediate college in the last 15 years. The state government formulated a policy whereby some high schools were upgraded as higher secondary schools. The condition of most of these upgraded schools is awful as they neither have adequate infrastructure nor sufficient and qualified teachers. The average class size in secondary schools is strained as there are about 100 students per class or even more.

The appointment of underqualified teachers and those with fake degrees in government schools is another bugbear for students. Then there is political and bureaucratic interference leading to the appointment of inefficient teachers, culminating in the problem of “teacher absenteeism”. During unannounced visits by private researchers to schools, it was found that 37.8 percent of Bihar’s teachers were absent. This is the worst rate of teacher absenteeism in India and one of the highest in the world.

Justice PK Sinha, a former judge of the Patna High Court, said that the mess in education in Bihar cannot be cleared by knee-jerk or ad hoc measures. Though private schools are expensive, he said they add to the quality of education as compared to government schools. In such a scenario, closing a large number of schools and inter-colleges will play havoc with the careers of a large number of students, particularly rural ones. It would be best to give such schools a time limit to improve their infrastructure and establish good public schools, he added.

The media exaggerates negative news and Bihar whose reputation and image has already been spoilt by the earlier politicians and leaders, like Mr. Lalu Prasad Yadav who in the name of entertainment and in order to make people laugh he talked in certain accent. He being really educated man got his reputation spoil himself knowingly he spoke wrong English only to entertain masses and news.

In his reign the goons ware quite active. ruined already destroyed education system.

But what started a national debate on Bihar’s abysmal education system was the result of the secondary school examination this year. Toppers from different streams were found to be totally ignorant of basic facts about subjects which the media asked. This led to the lid being blown off the Bihar Topper Scam 2016.

Dr BK Sinha, an educationist and former principal of Rajendra Agriculture College, Pusa, Bihar, told India Legal: “It is the quality of teachers that shapes the quality of the students coming out of schools. The selection of teachers under the existing system has been a major casualty. Lack of infrastructure and teaching standards have become the bane of our present educational system.” The reaction of the government to the scam was two-fold—form a Special Investigation Team and take action against the Board chairman and his aides

Because of political affiliations, people like Bacha Rai are actively involved in cheating scams in Bihar. Although the government is taking strict action against cheating, these groups are coming up with new ideas.

Requesting anonymity, a cheating group revealed that if there are CCTV Cameras, which only record the visuals, they dictate the answers to the students.

Cheating has become a normal norm in Bihar. Bacha Rai, who was the head of Bishundeo Rai College, was involved in such practices since 2005.

Bacha Rai was said to be friends with Ruby Rai's father, who requested him to get his daughter passed.

According to a report published in The Times of India, after the exam a few answer sheets from the strong room, an official centre to deposit answer sheets, were transported to Bishundeo Rai College for corrections.

He used to give Rs 5,000-10,000 per paper to the subject experts to change the answer sheets. "These amounts were allegedly paid by Bacha Rai. These experts were Rai's men, who had earlier helped him in the scandal," he added.

Bacha Rai was caught twice in 2005 and 2007, but due to political connections, he was set free.

In 2013, about 1,600 students were expelled for cheating and around 100 parents were detained for helping students cheat in Bihar School Examination Board, reported by the BBC.

In 2014, more than 200 students were caught cheating and were expelled.

In 2015, the false practice of mass cheating became so common in Bihar that hundreds of parents were caught on camera as they were hanging on the walls of the examination hall. More than 1,600 students were expelled for cheating in the Bihar board examinations.

State Education Minister PK Shahi said it would be difficult to conduct fair exams without help from parents, given the potential number of people involved.

In 2016, a bizarre case of three toppers came to light in which the toppers, including the Bihar School Examination Board (BSEB) Arts and Humanities topper Ruby Rai, Science topper Saurabh Shrestha, and third topper in Science stream Rahul Kumar, were unable to answer the basic questions related to the subjects they had topped in

In 2017, with a shocking history of explicit cheating cases, Bihar government tried to make the process of examination stricter, adopting fair checking and invigilation practices. As a result, more than 64 per cent students failed in the examination.

In 2018, despite putting several security checks, over 1,000 students were expelled for cheating during the Class 12 examinations in Bihar.

Anand Kishore, the Chairman of the Bihar School Examination Board (BSEB), told the media that more students were expelled "for adopting unfair means" during the examinations.

The media is not reinforcing a bad image of Bihar, Bihar is what it was. People look down to it because the literacy rate here in Bihar is very less. The people of Bihar are so generous and kind the outsiders think they are fake and they can easily make fool out of them. So they call Bihari’s illiterate. Bihari have always ranked on the highest in the UPSC exams.

The people seeing the topper scams mass cheating it’s hard for them to believe a news which praises Bihar for its achievement in education.