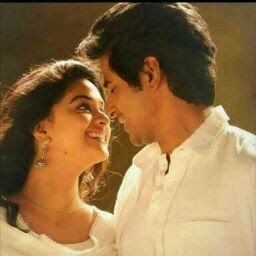 Trend is a general direction in which something is developing or changing. People now a days follow a trend which is followed by everyone. They simply follow the foot steps of others. They will not even give a thought regarding it. Trend includes a lot of things especially in social media. In the olden days too there used to be a trend that is being followed but people used to get influenced mainly by films in those days. The trend 's trend has been changed now. Due to the emergence of social media platforms people are so much used to follow the trend which becomes viral in social media and other platforms like Instagram, Whatsapp, Twitter, Hello, Facebook, Sharechat etc.

The smart move of marketing professionals paved way to the trend that Face App has been created. This is the current trend that's going viral from past 1 week. Human beings were bit scared to install the unknown apps in their phone during the initial stages of introducing a new technology.

People are getting influenced just by the trend that is being followed by others. They think in a foolish way "Everyone is following what is wrong in me following the same " and this move of everyone creates a way for making things popular then ultimately making it a trend.

Trend is not only being followed by normal individuals but also by the celebrities who inturn promote that trend by influencing others to follow suit. The face app initially being tested and used by normal individuals but now due to the increasing trend in instagram celebritiesare also using that app and posting the pictures in Instagram and other social media platforms.

The feature which makes the young face into a old face is the new update in face app which is attracting large number of people to use that feature by any way possible!

I still don't understand why people follow others footsteps to become popular in media not only face app but there are also so many apps which became popular by circulating it in social media platforms this include Helo app, Sharechat, youcam perfect, tiktok, tinder etc. What's so hurry in seeing your face when you get old ? First enjoy the present. Future will find its own way to attract you.

Isha Sharda
Isha Sharda
25 views
Shabab Anwar  •  1y  •  Reply
Nice one! Plz do check out my articles too it will help me a lot.