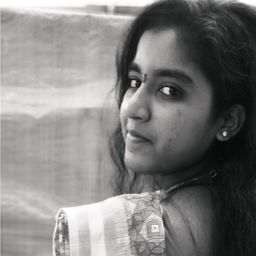 Art Teaches a lot of things in life. It is One of the best thing which can happen in any one's life. It will introduce you to yourself through it's forms of art. Anything requiring a human skill is an art, not only painting, dance, writing, film making, sculptures, making art items are treated as arts but there are lot more things to add upon to the list.

The other things which gets added to the list of arts is : observing, thinking, understanding, analysing the characters of people are also the art things which aren't considered as art but it is a art thing because it requires so much of skill to be able observe (deep observation ), to think, to understand the situation, to analyse and find true souls from a populated India :/.

There are some art forms which need special appreciation and should be talked upon. The art forms and their respective perks are as follows :-

Dance is a performing art form consisting of purposefully selected sequences of human movement. It is like giving a move to your talent. Dancing is nothing but tapping your feet (with heart ) to the rhythm . Some dance with feet and some dance with heart, while some just enjoy dancing because for them music happens in a flow all they need to do is enjoy the moment by tapping the feet . But Rishi varma has a separate view on dance

Dance to express myself . I dance to feel the existence of this power. I dance to lose the stress. And lastly I dance to breathe~Rishi varma

They reflect those cultures, and, in turn, affect them. Film is considered to be an important art form, a source of popular entertainment, and a powerful medium for educating—or indoctrinating—citizens. The visual basis of film gives it a universal power of communication . Typically, it involves a large number of people, and can take from a few months to several years to complete. It is no where connected to painting and and writing as it is a team effort, where as the above things are done by an individual ( teams may or may not be there )

It is nothing but giving soul and form to your thoughts and experiences. Sometimes the artists draw the natural things on earth but most of them draw the things which haven't been witnessed by public. In that way only we now can see the gods and goddesses form. This artist make us witness the things which were existing in the past (ancient days ) as the one who was born then will only be able to visualize the things existing there.. The present generation witnesses the ancient forms and things through paintings and drawings ( Just like film portrays the olden culture ). It makes you stress free and and helps you to polish your thinking process.

This type of art is gaining popularity now. Due to introduction and expansion of more number of craft based stores. Making crafts is also a art because it requires plenty of human skill to arrive at a perfect finished craft. Giving life to something original from within yourself to share with the world purely for intrinsic value is beyond words. It increases your patience levels as you need to put so much of effort to do a craft.

Writing is also a art form. The same law of painting and drawing holds good in the case of writing as painters and artists make a visual presentation of different things while the writers puts them down in a paper in a written form. It increases the imagination of the writers and readers as the reader will visualize the content he/she reads. Its the matter of persons imagination. It differs from person to person.

There are still many arts which should be bought into light. Life is all about appreciating things of others if even if you are not good like them. Art helps to learn things about yourself you did not know.

During hours spent alone engaged in your creative task, your thoughts and mindset will be shifted into a state of complete freedom from stress, anxiety and negativity.

Having a flow experience is something beyond words