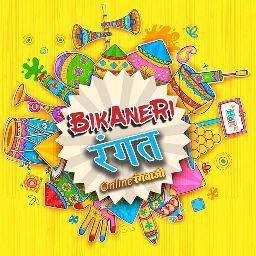 Artist Pawan Vyas gave a new dimension to his art by tying his hands on the fingers and tying the world's shortest turban to the India Book of World Records. Since the turban was ever just tied on the head, when Pawan decorated it on his fingers in an international camel festival, it was attracting a lot of looks, this art also wooed the foreigners to a great extent. A new interest was seen and at the same time, this art was encouraged, which gave a new dimension to art.