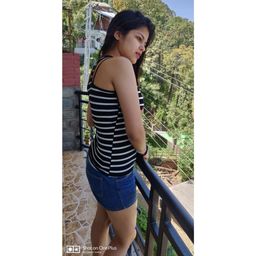 These Historical Monuments are the only wealth of Indian Tourism along with other World Heritage sites and Nature tourism places like wildlife parks and ancient temples of South India.

The Taj Mahal, a beautiful white marble monument located in the city of Agra on the banks of the holy river Yamuna in the state of Uttar Pradesh. Taj Mahal is the finest example of combines elements of Mughal, Persian, Ottoman Turkish and Indian architectural styles. It is one of the eight wonders of the world and also one of the must visit place in Uttar Pradesh. Fatehpur Sikri is another historic site in the state, the first planned city of the Mughals.

The Golden Temple is also known as Harmandir Sahib and is a Sikh Gurudwara located in Amritsar, Punjab. Shri Darbar Sahib is the holiest shrine and the most famous pilgrimage place for Sikhs.

Harmandir Sahib is one of the most sacred places in India. A holy Granth Sahib is always present inside the Gurudwara.

The great monuments of the royal Rajputs of Rajasthan, Hawa Mahal also called the Palace of Winds is situated in the heart of Pink City and the capital of Rajasthan, Jaipur. The pyramid shaped five-story palace was constructed by red and pink sandstone by Maharaja Sawai Pratap Singh for women of royal families.

It is one of the major tourist attraction of Jaipur as well as a must see historical monument of Rajasthan.

The Victoria Memorial Hall is located in Kolkata, the capital of West Bengal and is dedicated to Queen Victoria. It is one of the major tourist attraction of Kolkata and serves as a museum with great collection of manuscripts, paintings and sculptures of the British Period.

Qutub Minar in Delhi is one of the tallest and famous towers in the world and second tallest Minar in India. Complex of Qutub Minar is home to several historical monuments such as Tomb of Iltutmish, Iron Pillar of Delhi and Alai Minar.

The Buddhist Vihara at Sanchi is also known as Great Stupa and is one of the most famous Buddhist monument in India, located in Sanchi Town in Raisen District. It is one of the best preserved ancient Stupas in India, surrounded by four carved gateways.