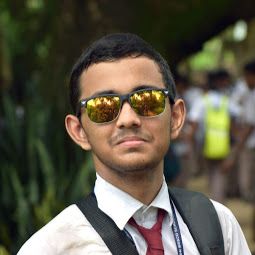 8 Mile is a 2002 movie directed by Curtis Hanson. It's based on the life of Marshall Bruce Mathers III professionally known as EMINEM and his attempt to launch a career as a white rapper B-Rabbit in a genre influenced by African-Americans.

Jimmy "B-Rabbit" Smith Jr. is a young, blue-collar labour belonging to a poor family living in a run-down trailer home in Warren with his little sister Lily, his alcoholic mother, Stephanie and her live-in boyfriend Greg.

Although cheered by his friends, Jimmy always worries about his talent as a rapper. One night, Jimmy chokes during a rap battle at the Shelter(a local rapping venue), and he leaves the stage embarrassed.

Jimmy works at a car factory, where he meets a woman named Alex. Over time, Jimmy understands that he needs to take more responsibility for the direction of his life. His supervisor at work sees this dedication and grants him the extra shifts he needed.

Though he had the extra shifts he asks his friend from the factory to cover for him while he would go for another Rap Battle and this time put everything on stake.

In all rounds of the rap battle, Jimmy has to compete against one member of "the Leaders". He wins the first two rounds and then he faces off against Papa Doc, the current champion. He ultimately wins by exposing all of his weaknesses which was earlier used against him and also all of his opponent's weaknesses. With nothing to say in rebuttal, Papa Doc hands the microphone back, embarrassed. Jimmy finally gets to rise above his fears and gets to do what he was destined to do one day but he doubted his own ability to do so.

The movie ends with Jimmy now being a more responsible man than before.
"Look, If you had
One shot, Or one opportunity
To seize everything you ever wanted
In one moment, Would you capture it
Or just let it slip?"
-EMINEM