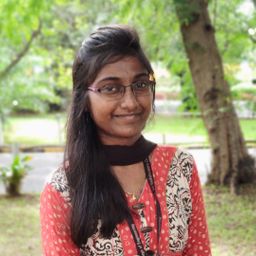 “Youth has no age” stated by Pablo Picasso. It’s the age in the heart not in the appearance. The world’s greatest power is the youth. They the one who is the pillar of our countries, the future generation. They are the hope for our future. To build a great country we should create great youth. It’s our responsibilities to build a strong youth. We should be a good role model for our future generations. The youth of nowadays or not like the youth of back golden days. They may be differences even a good as well as bad difference.

Nowadays youth are so talented and smart, that we the one who fail to encourage them. We are dominating them instead of upbringing them. Parents never should pre-decide the future of their children. It’s the call for them, we should leave it in their hands. They are mature enough to make their own decisions. Only thing is that we should believe and support them. With our support, they can even make impossible to possible. You want your sons and daughters not to make bad decisions because you care for them. But it’s ok if they fall in their life once or twice they will understand that failures are part of our life. These failures mould them into a strong one to live in this world.

The biggest problem facing by the youth is that unemployment and depression. Where the depression came when they, not even entered into the real world. It’s just because they are not strong enough to face failure. It’s our mistakes we want them to be perfect, first in all, never fail in anything. But forgetting to teach that failures are ok we learn things from that. Good things are formed at youth so we should be the one to show them the good things. It’s you reap what you sow. So sow good thoughts and deeds for them in youth so that they will build a better society for the next generation.

Never waste your youth on stupid things, then you will be disappointed in the future. It’s the age for you to create a good or bad future for you. It’s in your hands you the one who has to choose wisely. As well as the youth has no age how old we became still there is a youth in ourselves. Never let the youth in you die for any reason.