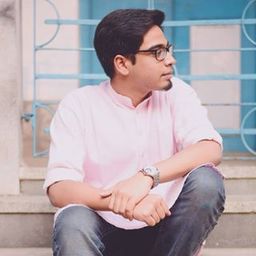 Ifyou attempt to ask any layman how he views the different historical epoches that India experienced since the beginning of time itself, you would most certainly come across one standard answer, that is, the Hindu period, the Islamic period and the British period. Well at first glance, nobody can have any immediate objection to this ‘periodization’ of Indian history, but if we are able to delve further into this simplification of historic time in India we see a religio-cultural divide in this periodization.

It is absolutely true that before the advent of the 8th century CE there was not a trace of Islamic rulers in India vis-a-vis Indian politics and all the empires before that came into emergence from ‘Indian roots’, but that doesn’t mean we can comment on that time period as Hindu. A few explanations here becomes very vital. After the decline of the Mauryas we see a significant upsurge of Buddhism throughout not only India, but also west Asia, east Mediterranean, China, south-east asia etc. The Buddhist Sangha received vast amounts of donations from their lay followers, a majority of whom were merchants. The Sangha achieved breakthroughs in the field of literature, drama, poetry, architecture and the like, but then do we connote this period as the ‘Buddhist period’? If your answer is no, then ask yourselves that why dont we, because during this post-Maurya period brahminical norms receded in the background for the time being. Then how does this specific period become ‘Hindu’?

Similarly, before the political conquests of the Arabs and Turks in India, there were many Muslim merchants who ventured to India, attracted by its immense wealth, prosperity and trading opportunities. Thus, it becomes quite evident that eventhough there was no Islamic political intrusion, commercially and even culturally Muslims were quite active in the sub-continent.

Another very important aspect that people often choose to overlook, while periodizing historical epoches is that the so-calledIslamic period in Indian history was neither totally Islamicpolitically nor was it Islamic culturally or religiously. During the time of the Delhi Sultans and Mughals Indian culture followed a strictly cosmopolitan approach, that is, the culture of medieval India was an absolute fusion of Indo-Islamic components. There was an increasing exchange between people of different religions be it Jains, Hindus, Muslims, Sikhs and so on. Thus imprisoning this variegated medieval Indian age as just ‘Islamic’ or ‘Muslim’ would be a sin, although most people say it (un)knowningly.

The conclusion that I am trying to draw from these analysis and explanations is that history nowadays is compelled to follow a ‘correctional’ approach, that is, it is trying to correct the wrong notions that laymen posses either as a colonial hangover, orthodox norms, narrow-mindedness or simply because of innocent ignorance. Thus this beautiful subject is evolving everyday, reshuffling its functions as a social science, being what it is meant to be all along.

Historia Naturalis : What History Naturally Is

Arshi Tahir
Arshi Tahir
3 views
Kanika  •  8w  •  Reply
Hi I read your blog it's thoroughly research I would like to let you know that I've been writing since 2 months. On this amazing platform www.thesocialcomment.com this is not only restricted to writing but also allows you to post your artwork projects and skill video. I thought to share this information about this platform with you will be helpful. Because even you can create your virtual portfolio and earn internships.