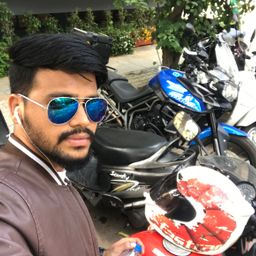 Most of the Indian cine fans knowthat he is an incredible actor with great number of box office records but that is not the only reason he got millions of followers.With a showbiz career now spanning 26 years, Vijay has N number of movie records and has received of dozens of film awards and nominations ;).

On-Screen he do multiple roles,an impeccable actor, croon amazingly, mostly hedon'tprefer stunt double,superior to all he is a tremendous dancer :) . In fact, he became mammoth inspiration and many started to learn dance because of him :O.His ability to memorize multiple scripts at the same time and delivering paragraph kinda dialogue at one shot, made him directors favorite.His working style have pulled many co-workers attraction especially his punctuality,humbleness and hard work. (Y)

Off Screen, he is a silent philanthropistwho doesn't like to show off his humane works and he made himselfindispensable toraise his voice against government for their unacceptable act,eventually these things made his fans to celebrate his birthday(22 june) as welfare day :)

Whenever he holds the mic in his hand, he starts to speak from his bottom of heart with innocence, generous and motivating elements which influenced even his haters to love him. Some of this famous quotes,

Fly above the Negativity

A meme creator can make you smile all day but a quote writer will never let you down.

Some people want to see you fail, give them heartbreak.

There is nothing to wonder that this skilled tender-hearted, is an inspiration for millions and no one isn't skeptical about that. Even though he reached the big-wig level of indian cinema, he is done yet, his long-term goal is to server people and kill poverty in state TN, and he will reach his destiny soon.With Love,

Her Blue Eyes Drifted Me In For His Love