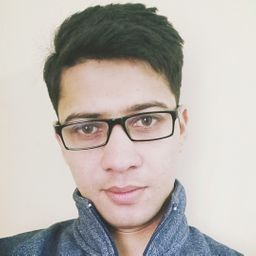 I was always passionate about traveling to India during my childhood days. As I used to watch Bollywood movies, especially those of Akshay Kumar who is famous for his action and stunts.

I could just imagine building castles in the air, roaming in the busy streets of Mumbai, India, meeting my ideal Akshay Kumar and asking him my favorite questions - probably the childish ones though. All I could do was solely to imagine doing all those things.

One day I scored 214 marks, hardly managed to pass to 9th standard, as 200 was the passing score. After getting the result sheet I felt as embarrassed as if I had committed an unforgivable sin, thinking of what I should answer my family about the shaky score I had made.

While on the way back home, I came across my friend whose result had also been announced and he had obtained the 2nd grade, he buoyantly asked me about my results. As always my answer to this question was nothing more than just I could murmure, started to flinch, looked down, and told him about my results. After knowing that, he exclaimed first and mocked me Then.

Due to my built-in behavior of keeping grudge and being stubborn, I at that time intended to work harder, learn English as my friend would make fun of my clumsy English by asking me to translate Pashto sentences into English which he knew I couldn't do.

After a three-month-long wait, my ambition in mind was finally turned into a reality when I heard the news of getting placed at one of the prominent universities of India at BBA course.

As I received a phone call from the Indian embassy in Kabul and heard that I had to take my passport and other important documents to the embassy to apply for the visa. All of a sudden, I started screaming, yelling, jumping, and bragging and instantly informed my mom of the good news. After a week when I wrapped all the things up and packed up to fly to India. Still, it was just like daydreaming that I could not believe would become a reality one day. At that time I started thinking of the despairing words told to me by my friend, then I thought of informing him of the news, but decided to wait until I actually landed in India.

After my landing at the New Delhi airport, I headed down to the bus stand to take a bus to my University. It was 10 am in morning. I got on the bus to Chandigarh where my final destination was, I had around Rs 1 lakh cash for my tuition and hostel fee, in my handbag. While putting my luggage in the bus I put all the money in my carry bag. The bus, after getting crammed with passengers, started traveling towards Chandigarh. After some time the bus stopped near Haryana for a lunch around 12 am. While traveling, like usual, I listened to my favorite Bollywood songs, enjoying the alluring greenness, that I used to imagine in Afghanistan and what I used to watch in the movies.

When the bus reached Ambala, which is 1 hour far from Chandigarh, the conductor asked the passengers of Chandigarh to get off because the bus was actually going to Ludhiana. We accepted to do so as we couldn't force and convince the driver. Me, along with 5 other passengers got off the bus and the bus suddenly rushed, taking my carry bag with Rs1 lakh cash. I screamed and shouted at them, sprinted for a few minutes, but the bus went far away that my sight could no longer catch its glance as the sun drowns in the dusky horizon.

With despair and despise I thought it might have been a dream, "No" I said I had actually lost my bag, crept back towards the other passengers, asked them with deploring words if they could tell me where the bus had gone, they also didn't know that, I asked the driver's contact, still the answer was the same "No" what next? I thought and was about to even cry.

Being so depressed and for a minute thought of quitting, as I had nothing more left to live for. My university tuition charges, my documents, my dreams all drowned, without all these my studies were impossible, and this was something even more hurting.

All of a sudden one of the passengers who was sleeping finally told me the name of the bus, it was "star travelers". Luckily I had the internet data, searched the office, contacted them, and asked if they knew anything about the bus, but they didn't have the driver's number.

Nonetheless, they promised me of figuring the issue out, and later on, after my 2nd attempt, they had found out the destination of the bus, it was Ludhiana, but the contact details were still required.

We reached Chandigarh and it was around 4 pm in the evening, I called the office again and this time they answered with good news and shared with me the number of the driver.

I did not wait more and abruptly contacted the driver, he, first as usual confirmed and cleared his doubt, then asked me to visit the bus stand of Ludhiana to take the bag.

When I reached the university and rushed up to the administrative office they told me that I could be admitted to another course which I did not want. I first did not take it so seriously but they insisted on declining my admission to the course I had applied for, I put them connected with my dad and that also didn’t work, they even refused to provide me accommodation as I was new in the town and couldn't manage to rent a room in a hotel, however, they finally provided me a room in the hostel but the admission was yet to be confirmed.

Declining the admission was more cumbersome and disappointing for me than losing my luggage with money and other important stuff, but with the emergence of this problem, I had forgotten the tension caused by the loss of luggage.

At the dawn, after a sleepless night passed full of tensions and taunting temptations, I rushed up straight towards the office, this time my communication skills worked, something which I was very weak at.

After my admission was confirmed I got a call from the driver who had handed over my bag to a passenger coming to Chandigarh. Finally, after a deep sigh, a shiny smile lit up on my face, hopes and desires crept back into my heart.

A Girl On Europe Trip

To The Old Man