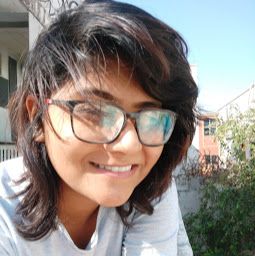 In a patriarchal society like that of India, emergence of women into a well- seen and over the horizon position is something very remarkable. It may all be seen starry and cruising over sea without wobbling but a sailor knows his hardships. Considering the history, Indian women have been in a constant struggle to gain equality from our society and acquiring the same respect. Over the past few decades things are being stirring up making efforts towards the empowerment of women.We are brought up with different laws from constitution which safeguards our well-being and safety taking forward dignity, equality and safety.

The discrimination is marked when we grow up. When we drew what we imagined and not what is seen. Characters were made, names were given and magic was something very strongly believed in. A sense of contentment in being together, a known and familiar feeling even in a crowd of new faces and that old happiness which we all pretend to have now is somewhere struggling to come up again. It is not lost but a little trapped in the way. And when we understand this liberation in one self, we can know the worth of freedom and a need to be considered equal.

Women wanting to lead, choosing work over getting married has made all the difference. Being independent is powerful in all aspects. Not the fact of controlling purpose but the fact of being in a state of oneself and proving against inferiority complexity. All those women have made it a little easier for others to follow their heart. Woman wanting to do what a man does has made immergence of those men who want to do what women do. Like creating the co-existence of both of the gender being stronger.

Women are unfathomed wells of love. Since the late time love has been an epithet for women. Where fades this innocence? The innocence of a girl is transcended into the love of a woman. But this inhuman nature towards each other is main reason we cannot grow. A woman should be inspired and improvise from the upbringing of other woman’s growth. If we continue showing this envious nature, we cannot move forward. It starts with respecting each other in this cruelty of people and accepting criticism confidently.

It is said correctly that,” Men know how to love, women know how to fall in love. There is no real love. It comes down finally to Respect Responsibility and Service.”When will we learn the art of self worth in practice? When will we learn not to advertise ourselves in front of people? Answers to these will stop defeating yourself in front of you. We need each other as we need it like food. We need it to be inspired so that we can go on days that turn in low. We need each other in that way. A woman for a woman.

Who Run The World?!