My Trip From Vizag To Kolkata 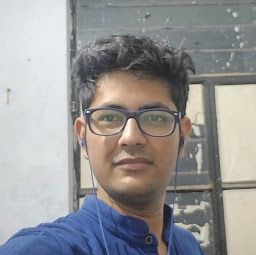 I want to share my traveling journey from Vizag to Kolkata. I am a traveler and like to visit new places during my journey. Loving to talk to you about my journey to Kolkata when I was in middle school. Wanted to visit Kolkata and so we came up with the plan to travel to Kolkata during a Dussehra holiday. First, all the beaches and location that are very famous in Vizag and visited different temples that came in between Vizag and chilika lake.

During the journey first, we went to Bhubaneswar and stayed the night there. As we were going at was Chilka lake the CNB keeps did keep on change different hills and plains covered the path that we were taking. It was majestic to look at and the journey to Kolkata very long time status about 868 kilometers from Vizag which is a very large distance to cover but the Different cities that came in between this journey we were able to experience a different culture, language, etc.

So now we reached chilika lake. It is one of the biggest lakes in India. Actually lies midway between Vizag and Kolkata.we reached chilika lake in 14 hours .we were very exhausted and tired from the long trip and called it the day.Then on the next day, we visited Nalbana Bird Sanctuary which was full of bird and also enjoyed bird watching there and visited the kalijai island.

Then we went and continued our trip from chilika to Kolkata and did not stoped anywhere in between and reached Kolkata by about 16 hours as such . We were first welcomed to Kolkata by seeing the Howrah bridge and we were overjoyed by the site.

Kolkata, previously often associated with poverty, is commonly overlooked by tourists when visiting India. However, this friendly, intellectual and vibrant city has reinvented itself. It's full of history and culture, with many faded remnants of the British Raj. Kolkata is a city that requires immersion rather than quick sightseeing to really get a feel for, and appreciate, it.we then visit the Victoria Memorial, indian museum and we went to the famous leather market where you can buy any form of leather product, etc.This trip was very rewarding and it was my first long trip to a city to another in India.

Kolkata: The City Of Joy