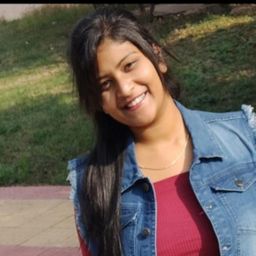 Communalism is an beliefs which states that society is divided into re­ligious communities whose engrossment differ and are at times even opposed to each other. The antipathy practised by the people of one community against the people of other community and religion can be termed ‘communalism’. This enimity feeling goes to such an extent that they falsely blame, harm­, and purposely insult a particular community and extends to looting, burning down the homes and shops of the helpless and the weak, humiliating women, and even killing persons. ‘Communal persons’ are those who practise politics through religion.

The rising drift of communalism and the accompanying violence have created a feeling of insecurity among the religious minorities. Muslims, Sikhs and Christians in particular, fear discrimination and confrontation in the days to come. This may just be a fear, but the nation cannot afford to let about one-fifth of the country’s population to fall victim to panic, suspicion and insecurity

Therefore, to avert damage to the peace and integrity of the nation, there is need to analyse and debate the problem of communal­ism and communal violence. It has become absolutely important to define ‘communalism’. Also, it is equally pertinent to discover who is ‘commu­nal’.

‘communal’ does not amount only who is ‘a man of religion’ but also ‘one who practices bad politics by linking it with religion’. These power politicians are not good Hindus nor Good Muslims, Sikhs, Christians, Parsis or Bud­dhists. They can be viewed as dangerous political ‘scum’. For them, God and religion are merely instruments to be used to live luxuriously as the ‘king parasites’ of society and to attain political goals.

Feelings of nationalism should be instil in the minds of people by reminding them about the eminent moments of history in Hindus, Muslims and Sikhs were combined to safeguard the interest of the country.

Efforts should be made through mass media as well as at individual level for changing the attitude of people towards other communities. People must be aware of the sinister of the communalism.

Indian society is pluralistic from religious perspective. it consists the followers of all the great religious systems. Hindus compose the bulk of the population and they inhabit in all parts of the country. Muslims compose the largest religious minority. But the balance between the Hindus and Muslims has been a failure several times, resulting in violent communal riots.

Both the government and people should make combine efforts for eradication of communal tension and conflict.

It is always easy to achieve a goal collectiveley rather individaually. you can hit someone only if u punch by bringing all the fingers together, similarly the path from devloping country to devloped country will become more easy if all the communities come together and fight against all the odds.