Women Are The Gatekeepers Of Patriarchy ! 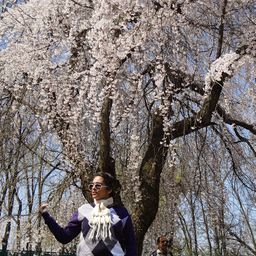 Today we live in a world were women are fighting a war, a war against the society and it’s norms and traditions to walk the paths they wish to and how.

The war is I talk about is against “Patriarchy”. Women all over the world are fighting against it with all their might at all the levels and platforms they can do so. But if you ask me, I believe that we could not win till date and may not even win in the future. NO! I am not a pessimist, and I want to break these chains that patriarchy has tied us with as much as every feminist out there. But we are loosing. Let’s see how.

How for years you and I together believed that patriarchy was unfortunate gift given to us by the men, and maybe it was, but today WE, we the women are holding on to it. Do you really think one whole gender, that makes half of the population of the world is not able to break these chains of patriarchy, for these many years?!

SISTER, YOU & I HAVE KEPT IT ALIVE!

You remember that time you didn’t wear that dress because you mom told you that your dad doesn’t like it that short or that time when you took all the dirty dishes to the sink after lunch, when the men didn’t move a bit, or that time you chose to ignore the road side romeos rather than calling out to them, or adjusted your top at least 10 times before entering a public place, or the time your next door neighbor said that her husband beating her is none of your business or the gossip sessions where by women were targeted by other women that ranged from how she’s a bitch to date 5 guys in a year to how she got a promotion because she’s pretty. Or just remember the time you appreciated movie like “Kabir Singh” because apparently they are just movies, and movies are for entertainment, ignoring the well know fact how movies affect young adults to a great extent.

All these things look small, and rather worthless of our time and mind, we only think of speaking and raising our voices when crimes against women are seen, read or heard. But as every drop counts, every such small instance counts, these are the things that stay with us, that make us react or actually ignore the smaller parts that go on to complete the big jigsaw puzzle.

So next time there’s a gossip about a girls promotion in the office corridor or when you see the sister take up the dirty plates while the brother continues to sit, or the time you choose not to buy a dress because your father doesn’t like it. Stand, think and act. Act while considering how choosing to ignore such things are the smallest part of the big, big jigsaw puzzle.

You and I will never win this battle till the day we protect what we fight-”Patriarchy”!