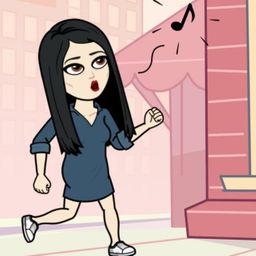 What spirits is the heading talking about exactly? Is it the stuff you’re not supposed to lose during hard times? Or something cheerleaders are professionally obsessed with? Or the beings you negotiate with after you’ve accidentally moved into a haunted house? Ah but no, we're talking about the bottles of power-packing alcohol.

Basically they’re the biggest, brawniest older brother of the alcohol family. All alcoholic beverages are made by fermenting some form of sugary brew into ethanol and CO2. Because yeast can only ferment so much before alcohol levels become toxic to them,we have to distill (or physically separate out the water).

Let's talk about the types of spirits in detail.

Also called “Fire Wine”, distilled from mashed fruits grapes, plums, pears, apples. After the distillation it is then kept in oak casks for aging to give it a rich color, with alcohol contents of 35—60%. Traditionally used as nightcap, cooks also use this in pan sauces and desserts to reduce the syrupy sweet essence.

French liquor distilled from botanicals such as leaves and flowers of grand wormwood (Artemisia Absinthium) blended with some culinary and medicinal herbs, with 45%-74% alcohol content.

Gin is commonly used in making cocktails including martinis, Singapore Slings, Tonics, Gins and Negronis. It is dry spirit produced from distillation of grains and flavoring done with juniper berries. Most of gin drinks are generally clear in color; alcohol content is 40-50%.

Rum is known as the favorite liquor for navy sailors and pirates. They are popularly known to mix sugar-water, lime juice and rum to make a pickling drink. Rum is a type of liquor beverage made from the distillation of molasses or sugar juice. Traditionally it was a common drink in Caribbean islands but it has since then widely spread to the South American countries. There are three main categories of rum namely spiced, dark and light. Each is used for straight drinking, cooking and mixing respectively though most of the time the uses overlap. The drinks include Pina Coladas, Mojitos and Rum-and-Colas. 37.5-80% is the alcohol content present in Rum.

Tequila is officially produced from a plant grown in some parts of Mexico called the Blue agave. As a result tequila with 100% of the blue Agave is considered pure and goes at a higher price than other liquors. Drinkers of tequila usually take a shot of tequila followed with a spicy tomato juice or a slice of citrus fruit. The most consumed types of tequila are the sunrise tequila and margaritas which are paired with fruit juice to drink.

Vodka is one of the purest spirits in the world hailing from Russia and Eastern Europe. It is odorless, tasteless and clear liquor from the distillation of potatoes, grains and in some times molasses. Makers of vodka distill the potatoes, sugar beets or grain to create virtually pure ethanol. It is the added water to dissolve the concentration to drinkable liquor. Consumption of this liquor differs according to geographical regions. In Eastern Europe, people usually drink vodka straight and dry while in Western Europe and Americas they usually use it as cocktail. Alcohol content in Vodka is 40%.

Whisky is a type of liquor which is distilled from a range of grains. The most common grains used are corn, rye and barley. This type of liquor is first distilled two to three times, and then it is aged in large oak barrels to improve its flavor. Some of the renowned whisky beverages include the Scotch Single-malts such as Laphroaig, Irish blends like Jameson and the American bourbons like Jack Daniels. Alcohol content in whiskey is 40-68%.

A liqueur is an alcoholic drink flavored variously by fruits, herbs, spices, flowers, nuts or cream combined with distilled spirits. Often served with or after dessert, they are typically heavily sweetened and un-aged beyond a resting period during production, when necessary, for their flavors to mingle.

So, the next time you see the bottle of your favourite alcoholic spirit, you would already know, what is in that bottle!

What To Put On Your Plate : Eating Healthy

Cultural Tea Traditions Around The World!!!

The Impact Of Casual Drinking On Your Overall Health