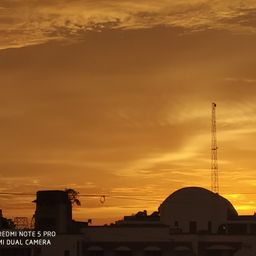 Laws of Indiarefers to the system oflawin modernIndia. India maintains ahybrid legal systemwith a mixture ofcivil,common lawandcustomaryorreligious lawwithin the legal framework inherited from the colonial era and various legislation first introduced by the British are still in effect in modified forms today.

With time various weird laws have been created, some of them are as follows.

1.Indian Telegraph Act, 1885
One of the most obsoletelawsin India, The Indian Telegraph Act holds no significance whatsoever in today's context. Passed in 1885, this law was introduced to allow the British to dominate over India by tapping telegraphy across the country and beyond to prevent rebellions. Neither are we being ruled over by the British anymore, nor do people use telegraphy to invoke rebellious protests now.

2.If you find Rs. 100 on the road and don't report it, you could go to jail.
According to theIndian Treasure Trove Act, 1878, if any kind of treasure above Rs. 10, you must inform a Collector, otherwise you face a fine, or jail time.

3.Marital rape is legal in India.
In India,rape laws do not apply to married couples— once you're legally wed, non-consensual sex is not a crime. Section 375 of theIndianPenal Code (IPC) considers the forced sex in marriages as a crime only when the wife is below age 15.

4.Suicide Is Legal. But You Will Be Punished If You Fail.
If a person plans to end his/her life, he/she should plan it carefully because although suicide according to Section 309 of the Indian Penal Code is legal, punishment awaits a person who fails to die.

5.Different Legal Drinking Ages.
In India as alcohol drinking is a state subject there is no uniform legal drinking age. The minimum age for consuming alcohol is 18 in Goa, Himachal Pradesh, UP, Sikkim and Puducherry and 25 in Maharashtra.

7.Penalty For Third Child In Kerala.
Do you know that China is not the only country in the world that has a strict child policy to arrest population growth? Even in Kerala there is a similar law. To enforce the two-child policy in the state, a penalty of Rs10,000 is imposed on parents who have a third child.

8.Ongoing Internet Censorship.
The government does its best to continually block pornographic content, but there is no exact policy to follow when it comes to what should and shouldn’t be viewed by the population.

Your Teeth Have A Lot To Say About Roots! Why They Can Be Great Reminders Of Roots?