Do You Drink Protein Shakes? 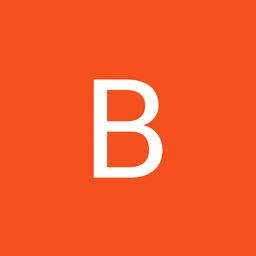 I thought it would only be fair to have a weight loss equivalent to my previous mass gainer shake so try this recipe out and let me know what you think below but today let’s talk FAT LOSS 101
➖
When it comes to fat loss there are a wide range of diets (low fat/carb, keto, IF etc.) which can be similarly effective for improving body composition. To date, no controlled, isocaloric diet comparison where protein (PRO) is matched between groups has reported any meaningful fat loss advantages to low carb or keto . In terms of IF, research indicates no sig. advantage over daily caloric restriction for improving body composition . Thus, diets focused on fat loss don’t operate under diet TYPE but instead operate under the mechanism of a sustained CALORIE DEFICIT . Eat in a deficit & you lose fat regardless of what TYPE of diet you follow. However, though simply creating a deficit may be beneficial for overweight, sedentary individuals seeking to lose WEIGHT, for athletes who seek BOTH weight loss AND muscle retention, there are 2 further variables that prevail from the literature which seem to aid fat loss when in a deficit
➖
Lifting weights has the impressive ability to augment the preservation of muscle mass & even increase it when in a deficit . It also helps slightly increase metabolism which is only of additional benefit when in a dieting phase
➖
Regardless of WHAT diet you chose, it’s advised that PRO remains high as it is the most satiating macro, followed by carbs & fat meaning that it will help keep you full & decrease appetite thus allowing to create that important deficit. Also, as the most thermogenic of the 3 macros, a large proportion of the kcals from PRO are burned off via digesti. MOST IMPORTANTLY, higher PRO intakes repeatedly outperform low/moderate ones for preserving LBM & reducing fat.

Want To Loose Your Weight?

Who’S On Poverty Macros During Quarantine ?