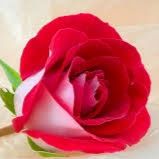 INSTAGRAM is one of the media sharing apps. The photos and videos are shared in this platform. This service is provided by Facebook and this was founded by KEVIN SYSTROM and MIKE KRIEGER. These two people launched this service in October in 2010.Initially this was created for iOS. The later versions have been made Instagram to be accessible to Android and Windows 10 too.

The Instagram has been successful in attracting the users all over the world. The filters made Instagram so lovely and most of the people started liking it to maximum extent. The latest versions of Instagram has invited many users to join in their community.

The algorithm what Instagram follows is similar to other social media apps. The photos and videos what a user uploads in the Instagram have a provision to be liked and commented. Of course, this may have a side too. Because sometimes the comments were offensive. If in that case the team of Instagram was successful in clearing all such disputes.

Today we find many people longing for their photos and videos uploaded to be liked by many people. Instagram says that health of their users is very important than any other thing. The Instagram has given an inbuilt option of stories option. Here the users can post whatever they wish to. This helps users in getting relief from being stressed for not getting likes.

The Instagram in its recent meeting has take a decision to avoid likes to any picture or video. This shows that they may be end for liking someone's post on Instagram. Through this Instagram, wants a person see the content posted by a user rather than the number of likes he get to his posts. The Instagram has reported that this feature will be tested shortly. It also confirmed that the person who has posted something will be able to see the number of likes he has received to his post, other than him none will be able to see the number of likes .Through this Instagram strongly believes that the content shared by an user will be appreciated truly rather than based on the number of likes he get. The team of Instagram also believes that this test would help the user, who has posted the content to the maximum extent. This is because he will not be stressed on seeing the likes. These days’ people are quite interested in taking pictures in various variations so that they can be uploaded in the Instagram. Their main intension is to get more number of likes. However, on the negative side, many people are taking risk to get pictures from high distance buildings.

According to a survey, an approx. count off more than 800 people have been killed while taking pictures at Yosemite National Park. However, such type of kills have been increasing every year very drastically. Thus, Instagram being moved by all such moments has taken a verdict to settle all such incidents in the future.

Of course, many people object the decision taken by Instagram. However, the teammates of Instagram strongly believe that this might change the mind-set of many people who are risking their life for likes and comments. They ultimately want the users to know that life is very important than all these glitters.

U.S also wants Instagram to ban the like button for youngsters. This is because when a young mind likes a content on the Instagram, then that information will be given to the advertisers. Thus, they make use of such information to create such type of content in the Instagram and make that content available for the young friends. Therefore, U.S also supports the Instagram in banning the like button from the Instagram. Thus, someone may like this issue but the other may hate it. Users believe that this change in the Instagram might result in the modification data tracking ability. However, even the Instagram has taken a wild decision to keep the health of the users after observing the indigenous results in the past.