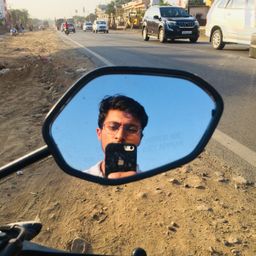 Learn from yesterday, live for today, hope for tomorrow.

The important thing is not to stop questioning.

society and nation . In a country like India where languages and traditions etc. change every a half a

km. here education plays a salient feature to seem down people into the thread of unity. But this
thread of education is now becoming very much fragile and there is a heavy load on it. so there is a

need for unhesitating change in it.
Lets break the ice, the Indian education has still now roots of the colonial education system, which

was introduced in India to create clerks and civil servants and we have not deviated from that
pattern till today and these conditions have now made the education system a hot potato.
Now the present scenario is such that a student burns a midnight oil for studies and scores decent
marks and then also finds it difficult to get admission in the college of his prize or dwindles in
cracking any competitive exam like JEE and as a result considers himself/herself as a misfire and is

sounds strange? Yes in India coaching institutes are no more coaching centers they have now turned
into business chains and empires. students are merely treated as a money machine in coaching
institutes. You want to crack IIT-JEE, NEET, AIPMT, CAT, XAT, MAT, GATE,CLAT , NDA, CDS, SCRA..
You just need to have a handsome amount of money in your hand and you will find multiple coaching institutes at a stone's throw away from your residence. They will make you feel like that, they have an earth-shattering role to assist you in clearing the exam, and without their assistance, it can’t be done. If the results are favorable they will celebrate your success as their success with a lot of fanfare. But if you are not able to clear the exam they will just cut a sorry figure and will find afault at your preparations.

According to reports, 35% of Indian students take coaching in their lifetime and 33% of the middle-
class income is spent on their children's education. 50% of the total income spent on education goes to coaching. These numbers make this industry count up to INR 270,000 Crore, growing at an enormous rate of 35%.

“Education Is Not the Learning of Facts, But the Training of the Mind To Think”

So the education system should not be limited to mugging up of facts and figures but it should also
focus upon social and moral teachings. by hampering upon the cause nothing can be achieved so
some reforms should are for the betterment of our education system. As it is rightly said that “progress is impossible without change and those who can’t change their mind can’t change

· Career counseling – From the school level, proper career counseling should be provided to the
students. they should be allowed to explore their areas of interest so that they can come out with
flying colors
· Broader classification of streams- Students should be provided with much more options, their
world should not be limited to science, commerce, and arts. more vocational courses should be
recommended to students
· Upliftment of government schools – Government needs to work to uplift the condition of
government schools. Delhi government has done a commendable job by raising the standards of
government schools and has left no stone unturned to be at the zenith.
· Education system of countries like Finland should be analyzed and the government should try
to reform education policies by taking all the points in mind.

Is There A Need To Change Education System Of Our Country?