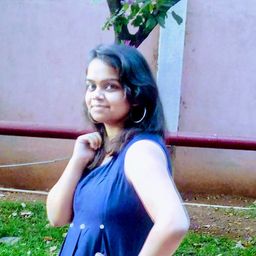 This is bullshit. Two of the primary suspects were dead, and that Robert didn’t seem to be giving a damn about anything anymore. Dave Smith’s death now seemed to make some sense, but what about the businessman? His death was the most random thing possible. Just a few minutes back, he was right there, helping us find the killer, and now, he’s gone.

I guess that was time for me to take charge. Even though nothing seemed to be going right, I had to find Janet’s killer under any circumstances. And I knew where the answer to all my questions lay.

I went to the cop Steve and said,

He looked at me suspiciously for a while, and then nodded.

I immediately left for the airport and boarded the earliest available flight to London. It took me almost five hours before landing at the airport in London. Then, I took a cab to Smith Industries, which was Dave Smith’s main office. There was an awkward silence in the thirty six storey building. Everyone seemed upset because of the death of Dave.

I requested to receptionist to allow me to meet Tracy, Dave’s secretary. She denied, saying that Tracy was not in a condition to meet anybody at that point of time. I had to meet Tracy at any cost. She was the one who had the answers to all my questions.

Suddenly, an idea struck my mind.
I tapped at the receptionist’s desk.
“This is about Dave Smith’s death. I know something no one else knows, and I can reveal that only to Tracy.”

She seemed shocked. Finally, she nodded and said,

I smiled at her and rushed to the 18th floor. Tracy’s cabin was at the extreme left corner, as the receptionist had said.

The door was locked from inside. I knocked gently. There was no reply for a while. After around five minutes, a gorgeous lady with long golden-brown hair opened the door. I have no clue why, but she reminded me of Janet. I could sense the fear in her eyes, which seemed to diminish when she made an eye contact with me.

Before I could say anything, she spoke,

Immediately, she grabbed my hand and pulled me inside. She locked the door.

“I’m glad you came. You’re the only one who can help me. Mr. Smith didn’t die of a heart attack. He was killed.”