A Kiss : Scientific Or Emotional? 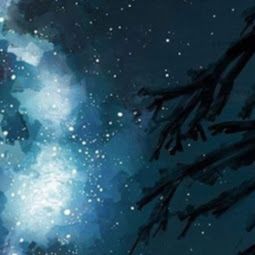 "He smelled of freshly cut grass and musk. He put his arms around me and pulled me close, his breath was strongly minty. He looked at me and I could swear I saw the stars in his obsidian pools, his eyes pierced through my soul and tattooed his name on it. He bent his head and crashed his lips onto mine, time stopped flowing and everything came to a standstill, I felt my head going euphoric with emotions."

Kissing is beautiful, so beautiful and amazing that most of us can remember almost every detail of our first kiss. Human beings have been preoccupied with kissing for years. It features as the climax of all great Hollywood love stories and is written about by singers and poets. In reality, kissing is nothing more than two people putting their faces together and exchanging spit, doesn't the whole idea of it sound gross now? The act of kissing has developed to become advantageous to humans: if it didn't serve an evolutionary purpose, we simply would not do it.

The brain goes into overdrive during the all-important kiss. It dedicates a large amount of space to the sensation of the lips when compared to other larger body parts. During a kiss, this lip sensitivity causes our brain to create a chemical cocktail that can send us to a natural high. This cocktail is made up of three chemicals, all designed to make us feel good and crave more: dopamine, oxytocin, and serotonin.

Like any cocktail, this one has side-effects. The combination of these three chemicals work by igniting the 'pleasure centres' in our brain. The dopamine released during a kiss can stimulate the same area of the brain activated by heroin and cocaine. As a result, we experience feelings of euphoria and addictive behaviour. Oxytocin, otherwise known as the 'love hormone', fosters feelings of affection and attachment. Finally, the levels of serotonin present in the brain whilst kissing look a lot like those of someone with Obsessive Compulsive Disorder.

Weird isn't it? All along we thought it was emotional and all special. Jokes on you, I say it still is special, I'm pretty sure you thought I'd say it wasn't. There is trust involved in a kiss and a lot of curiosity. The first kiss with someone new is an exploration into another dimension of one's relationship - whether it's a brand new relationship that started 5 minutes ago, or one that has existed longer. It might end at the first kiss - after all, if the person can't kiss in a way that sets you a flutter, why bother? Don't worry I'm just kidding. But what about the couples who have been together so long that a mere kiss doesn't ignite their desires? Why do they still kiss - even if it's just the perfunctory lip smack on the way out the door in the morning? Are these people acting out of habit? Explanations like hormonal analysis simply don't explain these decisions and behaviours.

Kissing or showing affection in public is not weird. Go ahead do it, people might judge in conservative countries or societies, don't pay heed to it. Kissing is natural and totally normal.

Dear Monsoon, You Are A Remembrance

Did He Love Your Body Or Actually Loved You?

Life Has To Move On!!

I'm Shy And I Don't Know Why