My Version Of Meghna 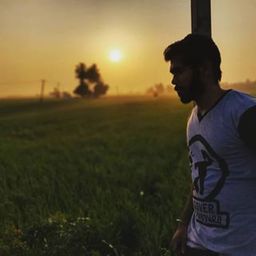 I know people around me find it awful whenever I say I am looking out for a Meghna in every girl/woman I see, I know it's been 11 years we have witnessed that character but still the craze for me remains the same.

What's so special/unique/fantasy about her?

Nothing. She ain't a fantasy ! She is simple straight forward , realistic.

She respects the man who approaches her. She takes time to know him. She respects his LOVE. They become good friends eventually they fall In love and God / incident/ time / destiny separates them.

Even though her beauty attracts us first place later her character plays it subtle and latches onto us without our consent.

Watch adiyeh kolluthey song you can see their relationship evolving from a basic friendship onto next level.

When she says " I'll miss you " and that BGM and that passive voice "Surya" and his dialogue "avala kathalichanI inspired by your love for mom" I mean you did felt that didn't you ?

Rewinding to the train scene, from the time she saw him there was an sense of admiration that was exhibited. Which clearly explains girl$ will not be expressive at first place. (Exceptions)

Secondly when Surya visits her home she still admires and appreciate him by saying " maranthu irupanu nenachan, vanthu nipanu nenaikavey Ila" post which she declines him again politely and asks series of questions like my dad should be convinced, he must like you, what's your height etc etc and asks him unga vetlayum apdithaney ?? This is not a block, or hating its all about to see how strong he is or to prove that this might be just lust..

Then in America she says no body does things like this I mean nobody.. Bombay Kerala kuda okay ? Ivalavu thorram varuvangaalaaa well I'm impressed "

This really shows consistent effort in a relationship without harming the opposite person will definitely give you positive results. What's the speciality here ? RESPECTING the love. Yes she had her dreams, she has to persue her ambition, she is obedient to her dad and family but despite all these she didn't turn him down or avoided him or friend zoned him too ( most people do these days ) the balance was perfect ! She allowed the love to be felt she gave it time ! And then she admitted and DID NOT RUSH !! OR decide things quickly /overnight.

Post their relationship when Surya says they are going to get married he says four years of time ! You saw that ? 4YEARS TIME ! Period.

Why crib about Meghna ?

1. RESPECTING the man who approached her.

Unfortunately, comparing current scenario/generation there is no Suryas neither meghnas. Busy moving onto to next in a blink of an eye. As I am blessed to be born in 90's I take relationships seriously and it takes time to move from one to other ( en aandaalu macha Ava). And Meghna is inddeeed my type ☺️/ my choice too. It took Surya to convince meghna or meghna to realize the love for Surya 90 beautiful days !!! No it was like Rock song !

Finally, the bridge scene where she accepts him !

I'm leaving it to you hereon. ( Braceyourself, self explanatory)

Meghna :What have you done to me ?

What haveee you done to meeee ?!

M: it's a beautiful feeling !!

With loads of love to Meghna,

Khushi B
Khushi B
61 views

What Is Respect In Relationships

The Beach , The Icecream And Us!!