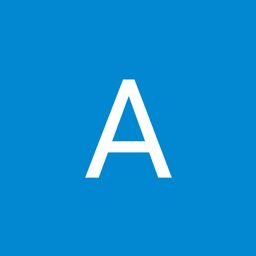 "We are travelers on a cosmic journey,stardust,swirling and dancing in the eddies and whirlpools of infinity. Life is eternal. We have stopped for a moment to encounter each other, to meet, to love, to share.This is a precious moment. It is a little parenthesis in eternity.”

Before starting a book, I tend to read different reviews from various blogs and sites like Goodreads. I was surprised to see so many negative reviews of this book. I remember scolling through the ratings of The Alchemist on Goodreads and finding a parade of one and two stars one after another with an occasional happy review in between. Obviously so many negative reviews embeds a negative image of the book in question in a person's mind who might want to give it a try. And I was also one of those people who had fallen victim to these negative reviews. But I dived for it nonetheless since two of my friends had been strongly recommending it to me for a very long time now. But still, I didn't carry much expectation from it.

How pleasing it is when something surprisingly turns out to be so good when you haven't really been expecting anything out of it. I found myself so terribly hooked that I couldn't put a stop to it. Sure, it wasn't a thick book or anything. In fact, it was only about 200 pages long. But I was so deeply engrossed in it that I was finished with it in about an hour only.

I respect everyone's personal views about anything and even though so many people didn't enjoy a book I loved so much, it's completely okay. It was a different read for me altogether. I don't think so I have indulged in this type of book before. I love entering new genres and being versatile with my reads and I try a lot to explore new worlds within theses books. And this is exactly what I felt while reading The Alchemist.

The Alchemist is a spiritual and meaningful book. One might even complain that it has too many preachings at times, too many spiritual talks. But as I said, I loved the novelty of this whole theme. It was something entirely new and fascinating

It's not a gripping, thrilling and exciting book, if that's what you are looking for. The story starts with a young boy named Santiago who sets off on a long journey to find a treasure. But what the story is about, is not the treasure or Santiago himself. It is about the journey. It is about what happens in that journey. What all Santiago learns in those long rides and stormy deserts. The treasure was simply the end point.The book doesn't have one of those terrific plot twists we all love, in fact it is a pretty simple book with a simple storyline. That is perhaps why most people didn't enjoy it.

“The secret of life, though, is to fall seven times and to get up eight times.”

Santiago is a simple, youthful and adventurous shepherd who whenever sleeps in the old ruined church he has taken shelter to, gets troubled by the same dream of a child asking him to seek out a treasure. After consulting a Gypsy woman who asks him to go to Egypt, his adventure begins. Somewhere along the way, he meets an Englishman who calls himself The Alchemist and asks him to teach him the art of the Alchemy. After learning many things from the Englishman, Santiago sets off again on his journey. He finds himself listening to the desert, conversing with the wind and sun and discovering The Soul Of The World. Through this beautiful journey, we see Santiago find his mind, soul, heart and finally the treasure.

I think what really is beautiful about the book is that despite being so very simple, it is very deep and has so much meaning and thought with it. It's all those quotes which carry such wisdom, weight and beauty that make this book feel exhilarating. Paula Coelho was so majestic with his writing. Rather than the plot line, it was the words so beautifully weaved that stole the limelight.

“Tell your heart that the fear of suffering is worse than the suffering itself. And that no heart has ever suffered when it goes in search of its dreams, because every second of the search is a second's encounter with God and with eternity.”

“If you start by promising what you don't even have yet, you'll lose your desire to work towards getting it.”

And the ending of the book was one of the most perfect endings. The climax was a surprise to me and it made the book so much more wonderful. I repeat, it's not a book one would choose for a thrilling and heart stopping ride. But I still believe, everyone should have tried this book once, because it has so much to give and teach. And after realising that, one can truly see The Alchemist for the beautiful book it actually is.

Top 5 Novels Of All Time

The Beauty Of Reading