The Art Of Flattery 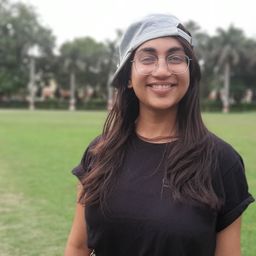 Georg C. Lichtenberg rightly said, " He who says he hates every kind of flattery, and says it in earnest, certainly does not yet know every kind of flattery. " People often confuse flattery with a mere act of selfishness for gaining undue favor. But flattery extends its hands far more than that. Flattery is an art and those who master in it knows it's worth. The whole world today revolves around this inevitable craft. For many of us, flattery acts like a web, once it gets hold of you, you'll hardly be able to get out of it. But if you're a good practitioner, you'll find yourself a happy existence in that world.

Everyone loves to get admired and recognized which is a basic law of nature. Even for the person who claims that he is against its practice, ask him how many times has he practiced the same game with others. But this skill is not everyone's cup of tea. Those who have learnt it are excelling in it, a few others just prove themselves to be stupid in front of others. A wise man once said, " Only theAlmighty cannot be fooled by this evil craft."

As Regier puts it, " Flattery is when praise seeks reward." There is no harm in 'praise seeking a reward', in fact the skill has been in practice since the earliest of days. It is now that this skill is being experienced by corrupt practices to achieve self-seeking goals. A word of genuine appreciation can put a new heart into a man and within the limits, it does no harm to anyone. With time, the practice has refined itself in various domains. The ordinary men today call it as MASKA-POLISH whereas the educated class call it 'The Art of Winning and Influencing People'.

Though, it is true that with the emerging acceptance of flattery, the value of genuine praise has increasingly declined. And the line dividing the two from being merged as one is moving out sight. In an attempt to love ourselves we flatter ourselves. Our own self is the flatterer who excels all flatters. If we refuse to be flattered by ourselves, others can never succeed in flattering us. Flattery nourishes on a person's vanity. Therefore, a successful flatterer knows how to cage a flying bird.

"A maze is the art of flattery. If you enter, make sure you know your way out! "