The Other Side Of Lockdown 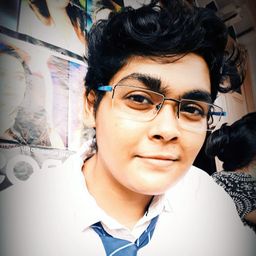 While human are confined due to the Corona outbreak, the Nature is started to heal itself. The novel Corona pandemic will leave a huge wound on humankind which may take prolonged time to heal. Since the Great Depression, the global economy is all set to fall into biggest crisis. But to some extent it has been a blessing for the environment.  However, the reduction is human activity and industrial actions in last two months show us some amazing effect on our environment which can be a solid lesson for the post-pandemic world. A number of changes in Nature came up throughout the world. Himalayan mountain range became clearly visible from Punjab, India for the first time in last 30 years because the pollution is reduced by 33% since March 22.

Not only in Punjab, also, according to the reports, river Ganga which could never be cleaned despite of investing crores of money, is now cleaned than ever since no industrial waste was being dumped into it. The good news is that the water quality of Ganga in Haridwar’s most popular ghat, Har Ki Pauri has been marked as “fit for drinking”.

Another big example of this has been recorded when scientists and various news sources confirmed that 1 million square kilometer wide Earth’s largest Ozone hole over the Arctic is now fixed and closed. Earth is healing itself. Finally!

The skyline has become clearer with each passing day. With the closure of large scale industries population decreased; which has resulted in a significant transformation in the quality of air. We can see stars glimmering in the night sky now. It seems that the Earth is recovering itself amidst the lockdown, it is healing cars. It is breathing.

Let it heal. Let us not hurt Mother Nature which we kept on doing in past. We should make better use of the resources that Nature has bestowed upon us. Surely we can if we want.

Figure 1: Haridwar's Har ki Pauri has been classified as "fit for drinking".

Figure 2: Nature at its best in Srinagar.

Figure 3: People of Jalandhar could see the Himalayas from their rooftop now.