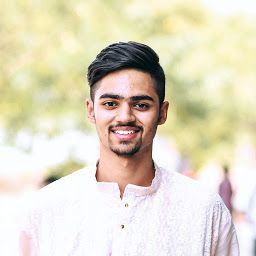 As we all know , we've just celebrated our Republic Day. Our 70th Republic Day. The day when India got it's constitution , it's law and order. When Every individual got their Fundamental Right.

The Indian Cricket team , for the first time won a Cricket Match on the special occasion of Republic Day!

It was on the occasion of our 70th Republic Day that few of the first times happened in the country.

Another instance of the first time was when Team India won a Cricket Match for the very first time on the occasion of Republic Day.

India was playing New Zealand in the second ODI of the 5 match series at Mount Maunganui on the historical Republic Day.

It was a good day for India out there in the middle , when Virat Kohli won the toss and elected to bat first.

Unfortunately , both of them got out in the next few overs consecutively which gave NewZealand an opening in to the game. Then came Ambati Rayudu and Virat Kohli.

They put in a good stand for the third wicket until Virat and Rayudu got out continuously too. Then came in the duo of the Finishers. A Finisher we all knew , MS Dhoni and a Finisher in the making , Kedhar Jadhav.

Coming on to the crease , they did not take time to add some crucial runs on to the team's total pushing the total towards 320 and above , although India ended up scoring 325/4 at the end of 50 overs. India had a psychological score of 350 but they ended up scoring 25 short.

Inspite of that , India had a good total to defend and bowl for.

Kuldeep Yadav spun through New Zealand by picking up 4 crucial wickets , well supported by Bhuvaneshwar kumar who gave the opening break through and Yuzvendra Chahal who picked up 2 wickets.

This way , India defeated NewZealand by 90 runs , making it their biggest ODI win by the margin of runs in New Zealand.

This way , India created History by winning their first ever maybe on the special occasion of Republic Day!

Feel Proud To Be An Indian