Tomorrow Is Not Promised 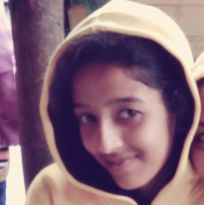 Tomorrow – this word is familiar to us from our pre-school itself. Whenever we take out our diary to write the homework, we write tomorrow; so strong is our bond with that word. Well, apart from that it is something that saves us always from the hands of timers. We always ask for excuses and more time. Whenever we are asked to do something, we always ask for more time and get extended to a tomorrow. If there are exams, all the books are closed for tomorrow. And that tomorrow will never come until we fall into a pit. Any work that we get we keep for tomorrow. Is there a time when we have ever done the work in time? Always late and full of lame excuses.

Earlier we used to say yesterday, now we say tomorrow. Never in our dictionary, there is a today. It is very far away from us. But what will ultimately happen if we keep everything for tomorrow? Who knows what will happen to us tomorrow? When we take everything for granted, is there a surety that we will live tomorrow. Only God knows what will happen tomorrow. There are so many who have lost their lives due to this. One such example I can share with you. Often our mothers ask us to do something or the other and they keep troubling us. When we finish doing one thing they ask us for the next. Well, there was such a mother who asked his son to book for train tickets to pay a pilgrimage with the family. The son kept saying that he will do it tomorrow. Finally, when tomorrow arrived, he kept saying that he’ll do it later. Being fed up, at last, he went to book for tickets. But there were no tickets available then, as it was over recently. So the son went to the bus terminal to book for tickets and he booked for 4 of them. Finally, the day arrived and they went to the place by bus. In the middle of their journey, their bus met with an accident and all the three except the son lost their lives in the accident. When after some days he gained his senses, he came to know that his family was gone afar. What could he do now? He was not even able to cry. How could he live his life any further knowing that he murdered the three?

He thought finally that it had booked the tickets earlier and not raised his voice at his mom for a tomorrow, they would have been with him now. But all was fate and destiny. So think before you act. There will never be a tomorrow.

Why Making A Time-Table Is Bad