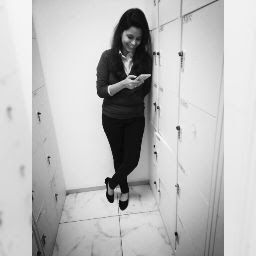 Located at the crossroads of Europe, Asia and Africa, it has 11th largest coastline in the world. The maximum part of Greece is mountainous being the home to highest peak Mount Olympus. This country consists of nine geographic regions as Macedonia, Central Greece, the Peloponnese, Thessaly, Epirus, the Aegean Islands, Thrace, Crete and the Ionian Islands.

It is considered to be the birthplace for Democracy, Western philosophy and Literature, Political science, scientific principles and notably Olympics games! Greece's rich historical legacy gets reflected by its 18 UNESCO World Heritage Sites. This developed county is considered to be a cradle of Western civilization. Greece was European Union’s largest producer of Cotton and Pistachios, ranked second in the production of Rice and Olives, Third in the terms of almonds and tomatoes and the fourth in Tobacco.

Tourism contributes as a Key element for the economy of this country, pulling in more than 28 million tourists every year, Greece is one of the world’s most popular holiday spots. Gleaming sands, centuries of history and customary sugar-cube towns are just the start of what the country has to offer. From the Ionian islands in the west which includes Kefalonia and Corfu to the Aegean Sea, boasting Mykonos, Santorini, Kos, and Rhodes. Then there is the pre-Hellenic Minoan culture of Crete to the south. Back on the mainland, there’s scenery worthy of the gods all over the place.

Here’s a look at the best places in Greece:

Athens: Being the capital city of Greece, this city is built around ancient monuments so this is a treat for history and mythology lovers. Acropolis is the most visited city in Greece and is the home to the largest Doric temple, Parthenon. If you wish to relax in Athens, then you can also visit the largest public park here which is National Garden. Syntagma Square which is the House to Parliament is also located here.

Peloponnese: Full of archaeological vestiges, the best destinations include Nemea Wine road, you can definitely taste the best red wines available here. Nafplio is a beautiful seaside city which is looked on to by three fortresses, the view from here would surely be a surprise to your trip to Greece.

Located at the south of Peloponnese, Elafonisos Island has the most beautiful beach in Greece which is Simos beach.

Apart from these, Corinth Canal which is a km long canal is also located here connecting the Ionian Sea to the Aegean Sea, you shouldn’t miss taking a souvenir from here.

In addition to these two places, I will also give you the must-visit cities in Greece in my next wrytup so that you can make the most of your stay ☺