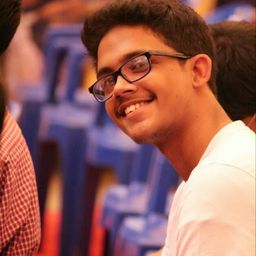 The lost city of Atlantis has been an age old mystery, which has never been found out yet. The fabled city was first mentioned by Plato, in and around 360 B.C , in his dialogues ‘Timaues’ and ‘Critias’, from then on has been mentioned every now and then. There have been many movies and books dedicated solely to the lost city of Atlantis. The most famous movies dedicated to the lost city are, “Aquaman” (2018), “Hotel Transylvania: 3” (2018) and “Atlantis: The lost empire” (2001).

The mysterious lost city of Atlantis has fascinated people from time immemorial, and people have lost a lot of wealth as well as their lives in the quest of the lost city. According to the Plato’s work, the fictional island was based in the Atlantic Ocean, to the East of America and West of Africa. In his works, Plato, described Atlantis as a civilization with great technological advancements and wealth. But what led to the doom of the civilization, as well as the city was the peoples’ corrupt nature.

Plato told the story of Atlantis around 360 B.C. The founders of Atlantis, he said, were half god and half human. They created a utopian civilization. The primary characteristic of the people of Atlantis was their wisdom, which would bring peace to the world. But alas, people belonging to the island were very smart and had made many scientifically advanced weapons to wage war and conquer the land and the sea. Soon, they became a naval force.

According to Plato, the lost city was a hub for brilliant architects and engineers. The capital city was built on a hill, and was surrounded by several rings of water. On the outskirts of the capital city were large areas of fertile land, which the farmers used to supply food to the residents of the capital city. In the capital city, the homes were made up of concentric islands separated by wide moats and linked by a canal that penetrated to the center. The lush islands were described as next to God’s own land. The island contained gold, silver, and other precious metals. Adding to that it also contained rare and exotic species of wildlife.

According to the fables, Atlantis was protected by the Greek God Poseidon, God of the seas, who made his son Atlas, the king of the land. And thus, he named the island as ‘Atlantis’. Poseidon built a magisterial palace for his mortal wife, the mother of Atlas. The palace wasn’t the only piece of exquisite workmanship, the island constituted of several magnificent temples, large fountains and beautifully constructed docks and harbors. These were one of the few testimonies which proved that the engineers and architects who lived in the island were far superior to the ones in other parts of the world. Poseidon had ten sons, five sets of twins, and each was given a part of the island to rule. The “Atlanteans” grew powerful under the watchful eyes of Poseidon and very soon became a brut force. They flourished as a civilization and were often remarked as the ideal. Their armies conquered Africa as far as Egypt and partly Italy as well, until the Athenian led alliance defeated them.

With such overwhelming power, wealth and scientific advancements as well as a strong army, the Atlanteans eventually grew greedy and corrupt. The rich and corrupt started playing dirty moves to enslave the poor. Emotions started getting the better of the ‘wise’ and soon they turned against each other. The Gods did not tolerate such nuisance and punished the entire civilization. The mythical island doesn’t see a happy ending as Zeus’s wrath struck them. Zeus summoned all the Gods, and decided to teach Atlantis a lesson.  This was done so that, this act will be looked upon by other parts of the world, as an example of the aftermath of inhumanity.  Through several earthquakes and floods the entire island of Atlantis, was swept away into the ocean, in only a night and a day’s time.

Aristotle, student of Plato, who has been widely regarded as one of the greatest philosophers, often mentioned about the island of Atlantis. In 1627, the English philosopher and scientist Francis Bacon published a utopian novel titled “The New Atlantis,” depicting, like Plato before him, a politically and scientifically advanced society on a previously unknown oceanic island.

Ignatius Donnelly is one of the most popular authors when it comes to Atlantis. He argued that all antic civilizations descended from the mythical city of Atlantis. He saw Atlantis as a technologically sophisticated and more advanced city. He is often considered as the “father of the revival of Atlantis”.

From time to time, archaeologists and historians locate evidence—a swampy, prehistoric city in coastal Spain; a suspicious undersea rock formation in the Bahamas—that might be a source of the Atlantis story. The Mediterranean Sea is one of the common locations for geographers. Since Plato lived in Ancient Greece, a time when the Mediterranean was common place for traveling. Of these, the site with the widest acceptance is the Greek island of Santorini (ancient Thera). The Atlantic Ocean is a popular choice for speculation due to the name, of course, since many believe Atlantis comes from the Atlantic Ocean. The Canary Islands have also been proposed as a possible location.

But, after numerous attempts and sea explorations, scientists as well as historians have joined hands, to conclude that “The lost city of Atlantis” was just one from the imagination of ‘The father of Western Philosophy’, Plato. He was very clear about the navigation and location of the lost city, but it is simply impossible, geographically, for it to be real. No trace of such an island has ever been found even after thousand and thousand of expeditions.

The lost city of Atlantis was used in a story of moral, where people with such intelligence and advancements grew into a flourishing civilization. They had everything they ever wanted. Beautiful palaces, lush fields, precious metals, exotic breeds of wildlife, powerful army and what not. But alas, the people grew greedy and corrupt and turned against each other, inhumanly. And were ultimately shown their place by the Gods.

Greatest Mysteries Of All Time..

Beautiful Islands In India For A Tropical Getaway