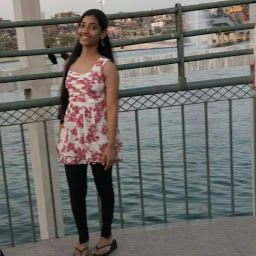 So I went home and started thinking about my first meeting with him. I had never thought that my first meeting would be so casual. Meeting him after 2 years of talking was so amazing that even the thought of it is enough to give me butterflies. Meeting him was the best thing I ever did and I guess it became one of the most memorable day of my life. Though I had always thought that the first meeting would be something great but even though it was just a few minutes meeting I was very glad that I had finally met him. Now since we met once, it was very obvious that we would try to meet very often.

I did not had to wait for long as the day arrived very soon. After meeting him, when I came home and had a talk with him, I got to know that he will be coming near my place the next day as well. I had my maths tuition. I had to attend one video class which was of 30 minutes so I thought that after my tuition I’ll meet him. So in the morning I got ready and left for tuition. My tuition was just 5 minutes from my home. When i reached my tuition I saw a group of girls from my batch and I thought that the tuition has not yet started. I had a friend with me so I decided to take her cell phone and call him. I dialled his number. He received the call.

I heard this and started pacing towards the temple. I reached outside the temple and started looking for him. My heart was beating so fast that I could hear it while walking. I stood there asking him for directions so that I could see him. Suddenly I saw him coming out of a mobile shop on the opposite lane. I saw him crossing the road and thought that he would come towards me but he looked at me and he went inside the temple. I thought what was he doing when after 5 minutes he came out of the temple and went into the shop again. At first I could not understand that what was happening. But then I understood that he was with his family and so he cannot come to me.

Even though we could not meet properly I was really glad that I was able to see him early morning. After seeing him for around 15 minutes I went back for my tuition. Though this second meeting was not that happening, I remember it because I had pretended to be angry with him for not coming and meeting me.