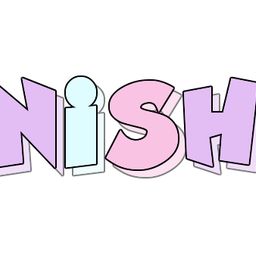 Alleppey has a variety of things to offer apart from its backwaters.

Alappuzha beaches and it's festivals are a major point of interest for tourists. Alappuzha is a beach in Alappuzha town of Kerela. It has an old pier, which is considered to be 150 years old. This beach hosts many festivals like Sand art festival, Alappuzha beach festival etc. These festivals and held on a yearly basis are a major point of interest. The beach festival is organised every New Year, and attracts tourists not only from India, but internationally too.

The Sand Art Festival is the first international sand art festival, it was held on 26th April 2015 in Alappuzha beach itself. Artists from abroad as well as India participated in this festival. This festival is organised by the joint efforts of State Tourism Department and Alleppey Foundation.

The light house is situated in Alappuzha. It was built in 1862, and since then has been a major point of tourist attraction. If you are planning to visit this Lighthouse then it's open every day between 3 PM to 4: 30 PM. The tickets charges for Indians are 20 rupees and for foreigners is 50 rupees. This beach is one of its kind on the coast of Kerala in Arabian sea.

This is yet another tourist point of interest, this lake is the longest running lake in India and It is the second largest lake in Kerala. Since it is spread in several districts of Kerela, it is known as Vembandu lake in Alappuzha, Punnmada Lake in Kuttanad and Kochin lake in Kochin. The Nehru Boat race that was mentioned earlier is conducted in a part of this lake. Vembanad is the largest wetland cover India. This is because it is approximately 14 kms wide in it's stretch. Vembanad lake is situated in the heart of Kerala backwaters and hundreds of houseboats piled on its bank and is separated by Lacadive sea, by a small barrier island.