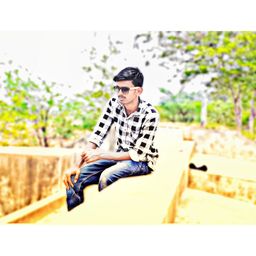 May be yesterday match was the best thriller game of all the time, The tragedy, the drama, the Suspense That the game Provided to the Audience is unreachable. Match tied, Super over tied. Finally, England won their own game after 44years. They won Hitting more boundaries than Newzealand. England Hit 26 while Nz hits 17. But Honestly, An Extra Bies Costs Newzealand dreams of the world cup, The bies that came in 49th over by The Ball hitting stokes and Ran towards the boundary, But This is so pitied if Hitting more boundaries can make a team wins what's the need to conduct a full match. ICC has a much need to look at this rule and they need to correct it for sure.

Nz played a consecutive cricket world finals, they played it in both 2015 and 2019, but unfortunately, they lost it in both the occasions, then in 2015, Australian bowlers send them back to their home with Great Bowling skills and Now Icc with their great Cricket rules probably. Both the times they were striving for a victory but couldn't manage well. Their opening stands were the problem for them. They didn't mark up to the level what they can, Guptil who hits the double century in 2015 world cup, can't manage to the score in all the innings that he played, They felt for short in finals too. And can't Williamson did his Job quietly but not at all brilliance. They lost an early review for the Cause of Guptils LBW.

Taylor was Really unlucky for that since he got out only because of No reviews left for them, Tom Latham also scored a fighting 47 against England bowling and builder some important partnerships with tailenders to Give the Newzealand team a respectable total of 241 runs.

While chasing 242 England openers didn't start off well, Both of them go for 0 and 17 respectively. Bairstow was gone for The duck in first over and after some struggle in batting Roy also went for 17 in 16th over of the game.

Joe Root surrendered to the Pressure of World cup finals has and gone for Tom Latham catch With a bad shot.

Eion Morgan who hits the first ball for a six gone Within a short time in front of NZ bowling.

But the run rate required is to keep on going up. And then stokes and Buttler stood there, They never want the fall any more wickets. They struggled early and keep on getting into the track by hitting some boundaries. Especially stokes was in full of control of his shot selection. But after some time England losses Buttler then the whole pressure was kept on stokes only, and he took that as a challenge and started a fightback lonely against New Zealand bowlers.

Thrill In Super Over

In the Super Over, England sent in Ben Stokes and Jos Buttler to face Trent Boult and the pair managed 15 runs.

Jofra Archer bowled the Super Over for England and did an excellent job, restricting the Kiwis to 15 to trigger massive celebrations in the stadium and all around the United Kingdom.

Johnny Bairstow At His Best