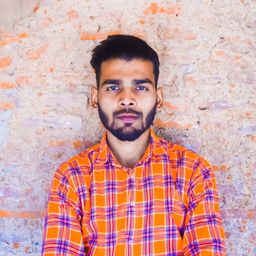 When Soul Leaves The Body! It hurts a lot not only to the person who has died but also to his friends, family and closest people.

This piece of writing isn't a fictional one it's realistic and it happened to me just few days ago. It was the early morning of Sunday and clock was clicking 3:00 AM, my grandfather had been very sick, on this day he was having his last time and it was the hardest time of his life!

My Grandfather's condition was getting down as time passes, his eyes weren't even opening even he was trying to speak, to respond but he couldn't because his tongue wasn't helping his brain to respond what he wanted to say. We took him to the hospital because he was in very serious condition. As we reached to the hospital and we put him on a stray chair and rushed towards the emergency and showed him to doctors, after doctors examined him entirely then they told me that his lungs aren't working properly and won't work properly just due to TB infection and just take him to home and give supportive care to him. After hearing all of this I rushed back to the entrance and asked my Uncle to bring the car and take grandpa to home so that we could take care of him at home. My uncle brought the car and we put grandpa inside the car and took him to home as soon as possible. As we reached home my all relatives were gathered there and had been waiting for us to come. We put grandpa on a bed and stared praying for him. Some people were performing Namaz and some were praying to Allah for his wellness. But Allah had decided something else for grandpa, actually his time had arrived and that was his day to departure from this cruel world and have good sleep in his kabar (grave). Everybody was crying, our house was filled with neighbors and family members. That was a very hard time for all of us. My grandpa not even able to open his eyes properly he wasn't in a good state. His soul was searching a moment to get out of the body and just after my uncle gave him a shower (so that he could be cleaned entirely), his soul left his body and went to Jannat(heaven) and grandpa slept forever! Everyone started to cry, my grandma, my father, uncle and and all sisters and daughters were crying!

I also cried and that was my second time when I cried for someone! First time I cried when I got to know my mother has been suffering from cancer and second time when my grandpa passed away! That was a hardest moment of my life ever!

And then after sometimes we started preparing for his DAFAN(BURIAL)

I collected all the necessary things for the proper burial and when all the family members and friends were there and when everyone seen him for the last time then we took grandpa's coffin to the graveyard to bury him. And burial was his last ceremony of life. We performed all burial ceremonies properly and buried him at 8:00 PM on Sunday.

And my Grandpa's life ended on that day that Sunday! That Sunday was an inauspicious day ever.

I want to express something which I felt after my grandpa's death that once the soul gets out of the body then the body has no importance between the living beings and all the living beings start to make haste to bury the body as soon as possible.

Once Soul of the body then body starts harder, all organs start to shrink as time passes and the entire body becomes equal to a mud stone.

And as well today whenever I close my eyes I see my grandfather's face in front of me when he was in pain and was asking for help but now it'll be a guilt for my entire life because I couldn't save him!

I could've saved him if I showed him to the good doctors but Allah had something different for him.

I just want Allah to bless my grandfather and gives him a good place in heaven. And also clear his all sins!

WE ALL HAVE TO TASTE DEATH!!!

NOBODY COULD RESIST IT AND NOBODY WOULD EVER RESIST IT.

To The Good Old Days

Some Time For Them...