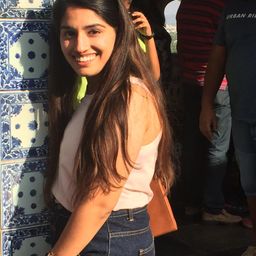 MARITAL RAPE STILL RAPE
Abraham Lincoln once quoted- "Government is of the people, for the people, and by the people."IT's TIME THAT IT CHANGES

In our Country where the LGBT rights have been passed for the development of equality, Marital rape is still not considered to be a crime. Marital Rape is the act of sexual intercourse by one’s spouse without the woman’s consent; it is considered to be a part of Domestic violence and Sexual abuse. In a Progressing country like India women still lack the right and free will of choosing whether they want to get sexually involved with their respective partners or not; seems like still the women of our country are ruled under the broad term of “PATRIARCHY".

Several Pioneering political personalities, as well as Celebrities, have raised their voices against this, where women are made submissive under the name of Marriage; making women devoid of this decision and forcing them to take part in it is violating them of their birthright. Many highly inhumane acts have registered with the Police where women have complained of being forced to take part in the act of ‘Love-making' without their consent and will.

We all have realized that it's time to change these wrongdoings under the name of Marriage, it's time to raise our voices for women who have suffered and who might be prospective to the suffering; hence time for the Judiciary System of this Country to realize it too.

Doing anything under the name of Marriage is NOT JUSTIFIABLE.
The Old-fashioned thinking where Men think that sexual intercourse is a right that they adhere to automatically after they are married is what has to be changed immediately. Marriage is a union of two people, therefore, women should also be given the right and importance to choose what they want. According to Section 375, the provision of rape in the Indian Penal Code (IPC), has echoing very archaic sentiments, mentioned as its exception clause- “Sexual intercourse by man with his own wife, the wife not being under 15 years of age, is not rape”, such a law that has been mentioned actually prevails in a Country where LGBT have been given their equal rights to live and love freely; then why not Women ?

Can't an adult woman make important decisions about her sexual life, her inner well being and most importantly choices about her own body; laws in our country are such that the woman free will actually die after marriage because she has been tied in what we call the ‘Holy matrimony ‘; which has surely given unholy rights to Men in our country. Congress MPDr. Sashi Tharoor has proposed a bill in Lok Sabha in order to completely ruminate the law which has been written under Section 375, the bill automatically makes Marital rape a crime and gives more decisional autonomy to women in termination of pregnancy. Such a great initiative will bring some sense of peace amongst women that their voices are actually being heard by this Country and what has been happening and what happened should be changed NOW.