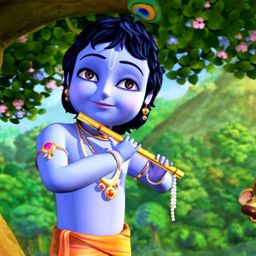 The Bond between humans and astronomy is unbreakable. Somehow, we connect ourselves with stars, planets and other celestial bodies in space. Curiosity to explore the mystery of the universe beyond the earth lies with us right from the ancient period. We could find many ancient landmarks like temples, churches, and mosques where our ancestors have portrayed their astronomical excellence.

Here are a few monuments that establish our ancestor’s astronomical mastery.

Meenakshi Amman Temple is situated in Madurai, Tamil Nadu. This temple is built in square shape. Scientists found that satellite images could not cover the temple’s area on the whole. Any two sides of the temple can be viewed at a time. To solve this, in 1984 German scientist Johannes Kepler designed and launched a square-shaped telescope. He was surprised by the images received from the satellite. It was in a circular shape.

Then he came to know the reason behind it. It was because of the “Mottai Gopuram” situated in the temple. The signals received by other main gopurams (towers) are cumulated by this Mottai Gopuram and sent back to the satellite. This is the reason, why the temple’s image is viewed in a circular shape.

Thirunallaru Saneeswaran Temple is situated in Pondicherry. It is found that satellites slow down a bit when it crosses this temple. It is also proved that the temple is built in the appropriate place where the radiation from the Saturn is high.

Sri Padmanabha Swami Temple is situated in Thiruvananthapuram, Kerala. One can see that the sun passes through all doors of the Gopuram during equinox (day and night are of equal lengths). This occurs twice in a year (20th or 21st March and 22nd or 23rd September). It is really a landmark of architecture aligned with astronomy.

The Catholic Church, St. Peter's Basilica is situated in Vatican City. The roof of the church is punched with holes through which the daylight enters the church. The narrow beam entering through the hole falls on the Catholic marble floor and moves inch by inch in a circular path. At 12 noon, the light beam strikes a long, straight line made of inlaid brass and copper. This beam actually extends up to 220 feet long. It is found that on either side of the brass line, they have carved the images of celestial bodies.

Zamzam well is situated in Mecca, Saudi Arabia. There is a religious belief that this well was generated by the almighty God. Surprisingly, this well was excavated by hands!!! It is about 30 meters deep and 2.66 m wide. People from various countries visit this place to drink this holy water.

All holy places are built in such a way that we receive positive energy while visiting it. All these monuments and architecture proves that our ancestors have astronomical excellence without any modern astronomical equipment that we have today.